1-Delbarton (12-0-0) The Green Wave won three times last week, including a 5-1 decision over Bergen Catholic to retain their No. 1 ranking. After facing Gordon Conference rival St. Peter’s Prep on Jan. 10 Delbarton will play host to foe and No. 2 St. Augustine Prep on Jan. 12. The Green Wave have allowed more than one goal in just one game this season.

2-St. Augustine Prep (6-2-0) After playing Seton Hall Prep on Monday (Jan. 9) the Hermits will head north on Jan. 12 for a key showdown with top-ranked Delbarton. St. Augustine is awaiting standout Kyle Knight’s return. The junior, who had not missed a game in his previous two seasons, has not played yet this winter suffering a broken ankle.

3-Christian Brothers (7-3-2) It was a week that featured an extreme high followed by a disappointing loss for the Colts, who remain in the No. 3 slot. After an impressive 3-1 victory over then-No. 2 Don Bosco Prep the Colts dropped a 4-1 decision against St. Augustine, ranked fourth at the time. 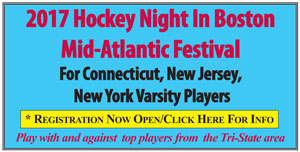 5-Pope John (9-0-2) The Lions remained unbeaten when they forged a 1-0 victory over Gloucester Catholic on Jan. 4. Pope John, which has received a combined 26 goals from forwards John Spetz and Eric Vanderhoff will get tested by Bishop Eustace on Jan. 11. A crucial battle with No. 1 Delbarton looms on Jan. 17.

6-Morristown-Beard (9-3-0) After nearly a two-week layoff the Crimson were looking to extend their three-game winning streak before their game against Morristown on Jan. 7 was postponed due to inclement weather. Morristown-Beard gets tested next by Portledge (N.Y.) and Chatham this week.

7-Middletown South (9-2-0) Since a 6-5 loss to Bridgewater-Raritan on Dec. 17 the Eagles have responded with a six-game winning streak. The Monmouth County school closed out last week with consecutive victories over St. Rose and Red Bank Catholic. Up next is Point Pleasant Boro and Jackson Memorial.

8-Glen Rock (8-2-2) The Panthers extended their unbeaten streak that featured a 19-goal outburst while yielding seven in earning triumphs over Indian Hills, Wayne Hills and Morris Knolls, and a tie with St. Joseph of Metuchen. Glen Rock, which has lost just once in its last seven games, squares off against Ridge on Jan. 15.

9-St. Joseph (Montvale) (9-2-0) The Green Knights skate with a strong stride into the rankings for the first time this winter. Andrew Javier had a hat trick to help send St. Joseph to an 8-1 victory over Tenafly on Sunday (Jan. 8), its seventh win in eight games. The Green Knights also downed 10th-ranked Roxbury, 4-3, last week.

10-Roxbury (10-1-0) The Gaels’ opened with the best start in their history, bolting to an 8-0 record before being edged by ninth-ranked St. Joseph of Montvale, 4-3, on Jan. 2. But Roxbury responded by stunning perennial power Randolph, 5-1, for the first time since 2000 to move into the rankings. The Gaels have also earned impressive victories over Kinnelon, River Dell and Madison. 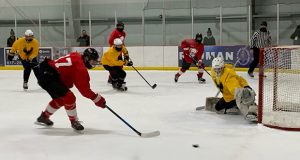 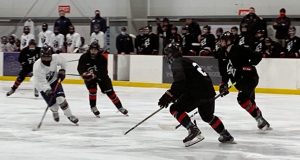 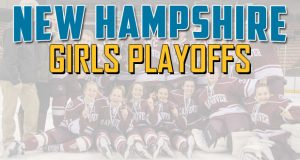