As the Zambonis finish gliding across the ice on the New Jersey hockey rinks in preparation for this season, it seems fitting that perennial state powers Delbarton and Don Bosco Prep will faceoff to open the 2018-2019 campaign on Saturday, November 24.

This winter will mark the 61st season of league play in the Garden State and 44th of the NJSIAA state tournament. 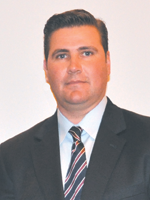 “It’s so early for us to play each other,” said Delbarton coach Bruce Shatel. “Both clubs are still learning, so it’s a tough draw to play them in a few days. Don Bosco is a good team, so it will be a really good test for both of us. It should be a game full of pace and a game full of emotion that you don’t usually see in November.”

The two clubs closed out last season by facing each other for the NJSIAA Private Championship at the Prudential Center in Newark. Don Bosco Prep fired 36 shots on goal, but Delbarton was able to secure a 4-2 verdict in the contest – a win that gave the Morristown school its 13th overall state title and 11th under coach Bruce Shatel. It marked Delbarton’s second straight victory over Don Bosco in the state final and was its ninth state crown in 11 years.

Delbarton, which also won its eighth Gordon Cup when it edged Don Bosco, 2-1, in the 60th final of the state’s most prestigious cup tournament, finished with a 23-6-1 record while Don Bosco Prep, which had defeated its foe in their two regular season meetings, boasted a school-record 27-2-1 log that included its seventh consecutive Bergen County Tournament title.

The two clubs didn’t face off against each other last season until Dec. 12, with Don Bosco taking a 3-0 victory over Delbarton. The Bergen County school would open last season with a 25-game unbeaten streak (24-0-1) that wasn’t halted until a 2-1 overtime loss to Delbarton in the Gordon Cup championship.

As with any season there was depletion by graduation, but Delbarton retains some talented assets in its inventory.

“We have two lines that are very capable of scoring,” said Shatel, who enters his 18th season with a 406-51-36 career log. “That’s the big thing for us coming into the season, those two solid lines. We will play hard and focus on doing the little things and make sure we have good habits.”

On the blue line Delbarton returns J.P. Nolan, Kieran Kraus (2-2-4) and Jack Benitez. The goaltending tandem of Brett Cleaves and Max Banoun will skate into the crease for the Green Wave.

Don Bosco will also look forward to this difficult hockey exam in facing its Gordon Conference rival in the opener.

The Ironmen graduated some high-end talent as well but return a skilled one-two scoring punch up front in Tyler Sedlak (28-40-68) and Liam McLinskey (10-12-22, committed to Quinnipiac). Add to that duo fellow forwards like Robbie Greenleaf, Michael Forgione and Connor Sedlak and Don Bosco shouldn’t have much difficult in producing goals.

The blue line is where the strength of this year’s club remains with standout skaters like T.J. Schweighardt (6-22-28), Jake Howard (1-4-5), Will Fortescue, Damien Carfagna, Jake Geraci and Michael Rubin all back in front of stalwart goalie Max Schwarz, who boasted a 1.19 goals-against last season.

“Defensively, we look strong again,” said Don Bosco coach Greg Toskos, who sports a 187-98-25 record behind the bench. “I think we’ll compete hard. I think for us this season it will come down to our depth up front and if we can score consistently all-around.

“As for the opener against Delbarton that will be different for sure. Delbarton also graduated some fantastic players and I think we’ll both be trying to figure out what we have to start the season. For the fans I guess it’s a great game.

“It’s always a hyped-up game when Delbarton and Don Bosco play so it will be a good test for both teams and a rematch of last season’s state final is a great way to kick off the hockey season.”