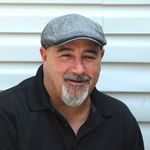 – In the highly anticipated matchup of the week between Concord and Bishop Guertin, Concord showed why they are still the team to beat.  Dawson Fancher had a hat trick and Brooks Craigue had three goals and two assists in a dominating 8-2 win for Concord.  AJ Dow chipped in with three assisst and Jack Shoemaker and Joey Tarbell each logged two assists.  Trevor Craigue had a goal and assist.

– Earlier in the week Bishop Guertin took on Bedford at home.  The Cardinals got goals from Devin Young, Ryan Kelley, Tim Kiely and Logan Vogel in their 4-2 win over Bedford.  Ryan Lobdell and Brendan Thornton scored for Bedford in the losing effort.  Brayden King made 19 saves for Bishop Guertin while Ben Chandonnet stopped 31 shots for the Bulldogs.

– Hanover got a big performance from their freshmen goaltender, Jordan Drent as he turned away all 22 shots he faced in a 2-0 shutout of Exeter. Henry Cotter and Ronan Przydzielski lit the lamp for the Bears.  Charlie Mozina had 24 saves for Exeter in the loss.

– Keene traveled to the Rinks at Exeter to take on the Blue Hawks in what turned out to be a low-scoring affair.  Cam Snee and Brian Najjar scored for Exeter and Charlie Mozina had 20 saves  in the 2-1 Exeter win.

– AJ Martino and Aiden Quaglietta each put up two goals to power Windham past Salem, 6-1. Nate Crowley and Hunter Marcin also tallied for the Jaguars and netminder Vito Mancini made 20 saves for Windham.

– The Goffstown Grizzlies came close to knocking off Saint Thomas in a game that would end in a 5-5 tie.  Jake Webber stopped 35 shots and Jake Klardie had a hat trick for the Grizzlies.  Max Oullette also added two goals. Jackson Estes found the back of the net twice and Weston Trahan had a goal and two assists for the Saints.  Nate Lavoie made 28 saves for Saint Thomas.

– The other team that remains undefeated in Division 2 is the Winnacunnet Warriors. Brady Thompson had four goals and two assists in the 7-3 Winnacunnet win over Dover. Brayden Emery contributed with a goal and two assists. Warriors netminder Hunter Marshall stopped 32 shots.

– It took all 45 minutes for Somersworth/Coe-Brown to knock off Alvirne-Milford. JR Norris’ second goal of the game with .02 seconds left in regulation propelled the Bearcats to a 7-6 over the Admirals.  Johnny Pelletier had a goal and three assists in the win and eclipsed the 100-point plateau for his high school career.  Sal Pace had a hat trick for Alvirne-Milford while Hayden Ricard had two goals and two assists.  Matt Ryan added a goal and four assists in the loss.

– Owen and Evan Guerin each had two goals and assist in Belmont-Gilford’s 5-1 win over Hollis Brookline-Derryfield. Adam Ribeiro added a goal and an assist for B-G. Tyler Lautieri scored the only goal for HB-D, with Charlie Dee and Bryson Giersch picking up the assists. Carson McGreevy had 19 saves in the win.

– Lucas Gagnon came to play in John Stark-Hopkinton-Hillsboro-Derryfield’s game against Sanborn-Epping.  He registered four goals in the 6-4 win and Bobby Arnold had three assists.  Soren Puc and Kip Hedquist also scored for the General Hawks. Jovani Fonzi had a three-point night with two goals and an assist for Sanborn-Epping.

– Garrett Bishop had 31 saves in a 2-1 win for Pembroke-Campbell over Kennett. PAC got goals from Cameron Plumb and Trevor Lemaire.  Sam Seavey scored for Kennett.