* Bishop Guertin got two goals apiece from Derek Amaral (2 assists) and Sam Cronin and multi-point performances from Max Trawick (goal, 2 assists) and Pat Madden (goal, 2 assists) in its 10-0 romp past Memorial. Under assault from the opening whistle, Kings’ keeper Nate Sorrentino sent 41 BG shots back from whence they came.

* Keene controlled Kingswood throughout its 4-1 win, piling up a 38-15 edge in shots. Peter Kamphuis scored twice, including the shorthanded game-winner that broke a 1-all tie midway through the third period. Zach Mooers assisted on both goals. Peter Haas and Joseph Walsh finished the scoring for the Blackbirds. 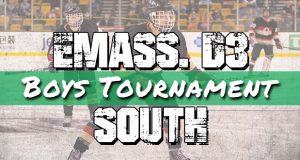