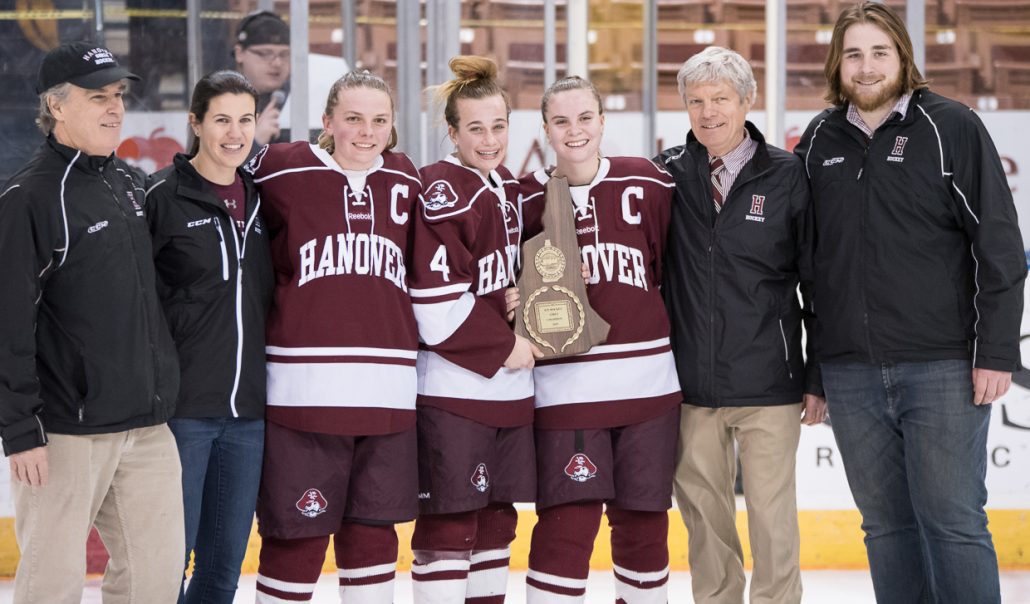 Does winning state titles year after year get old?

“No, not at all,” said Hanover coach John Dodds. “This is a totally different team. Different strengths and weaknesses. That’s part of the challenge, part of what makes this fun. They really know how to compete and how to battle.”

The Marauders dominated this game territorially through the first two periods, holding the Blue Hawks to just four shots total, none in the second period. 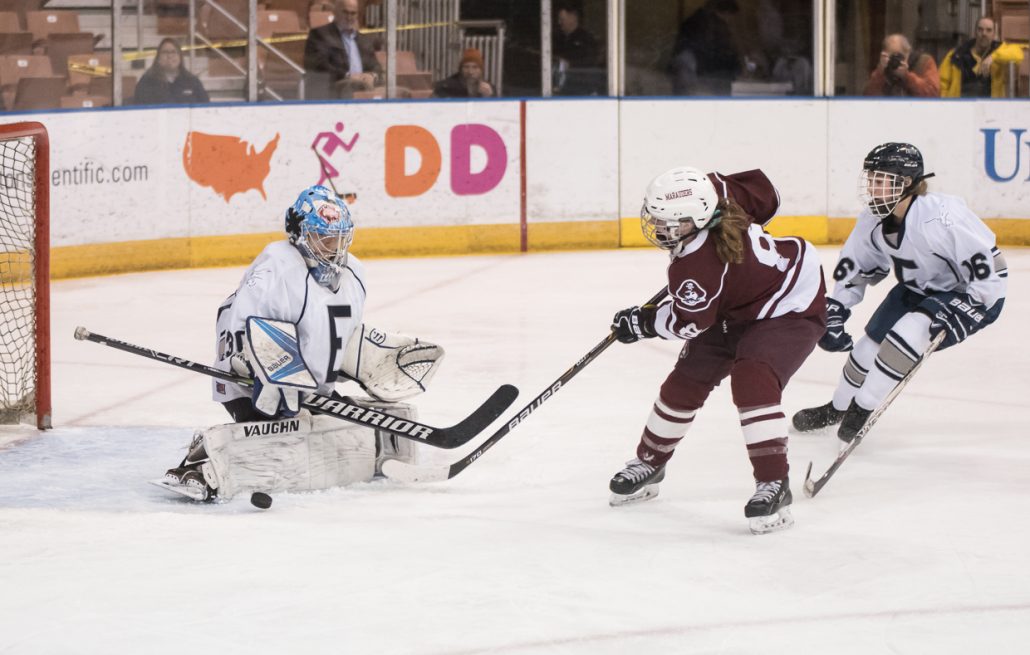 Still, it was just a 1-0 game until late in the second period, when Hanover scored a pair of goals 47 seconds apart to make it a 3-0 game.

Violet Sperry took a long pass from Bryn Kable and found herself on a 2-on-o break. She calmly moved in and fired a well-placed wrister just inside the near post past Exeter goalie Isabelle Day (30 saves).

The Marauders then put some pressure on in the Exeter zone and Margaret Lee was able snap one home from in close to make it 3-0 with 2:21 left in the period.

Exeter could have been deflated at that point, especially with their inability in the first two periods to generate many scoring chances. But the Hawks didn’t. They scored at the 5:40 mark to make it a 3-1 game and found some energy.

The Blue Hawks big line got the goal. Carissa Towlson started the play in the right wing corner and fed Dakota Malkay at the right post. She went behind the net and made a nice feed in front to Shauna Vadeboncoeur, who buried a backhander to the top far corner.

Moments after the goal,  Towlson had an excellent bid to cut the margin to 3-2, but her shot from the right faceoff circle was snuffed by Hanover goalie Rebekah Rudd.

“I knew Exeter was not going to roll over,” Dodds said. “They have some good players over there and are well-coached. After they scored that goal, the momentum did change for awhile.”

With 1:16 to play, Hanover’s Kable was whistled for tripping. Exeter coach Geoff Taylor pulled Day for a 6-on-4 advantage. But right off the draw, the puck went to the Marauders Emma Tysinger, and she was able to scale the puck into the open net with 1:07 left to play, making it 4-1.

Shots on net ended up 34 for Hanover and 12 for Exeter.

Hanover grabbed a 1-0 lead at 13:39 of the opening stanza. Natalie Marhun used her speed to break in alone on the Exeter net. Day stopped her shot, but the puck popped up in the air over Day’s shoulder and bounced off Marhun, who in the crease battling with a Blue Hawks defender.

Exeter entered the post-season as the #2 seed, while Hanover was #5. All five of Hanover’s losses came to out-of-state teams. 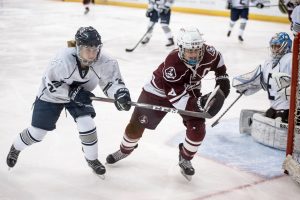 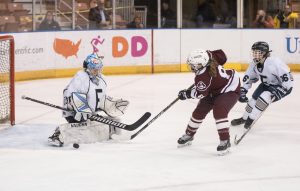 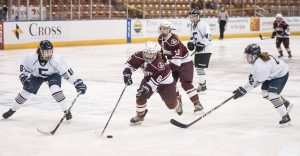 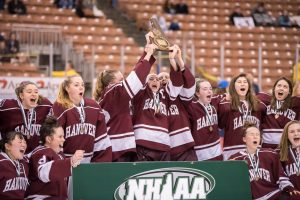 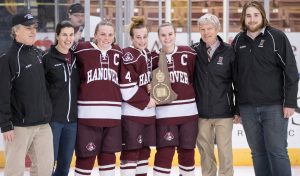 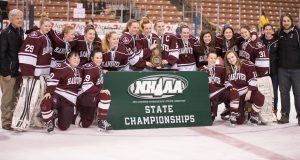