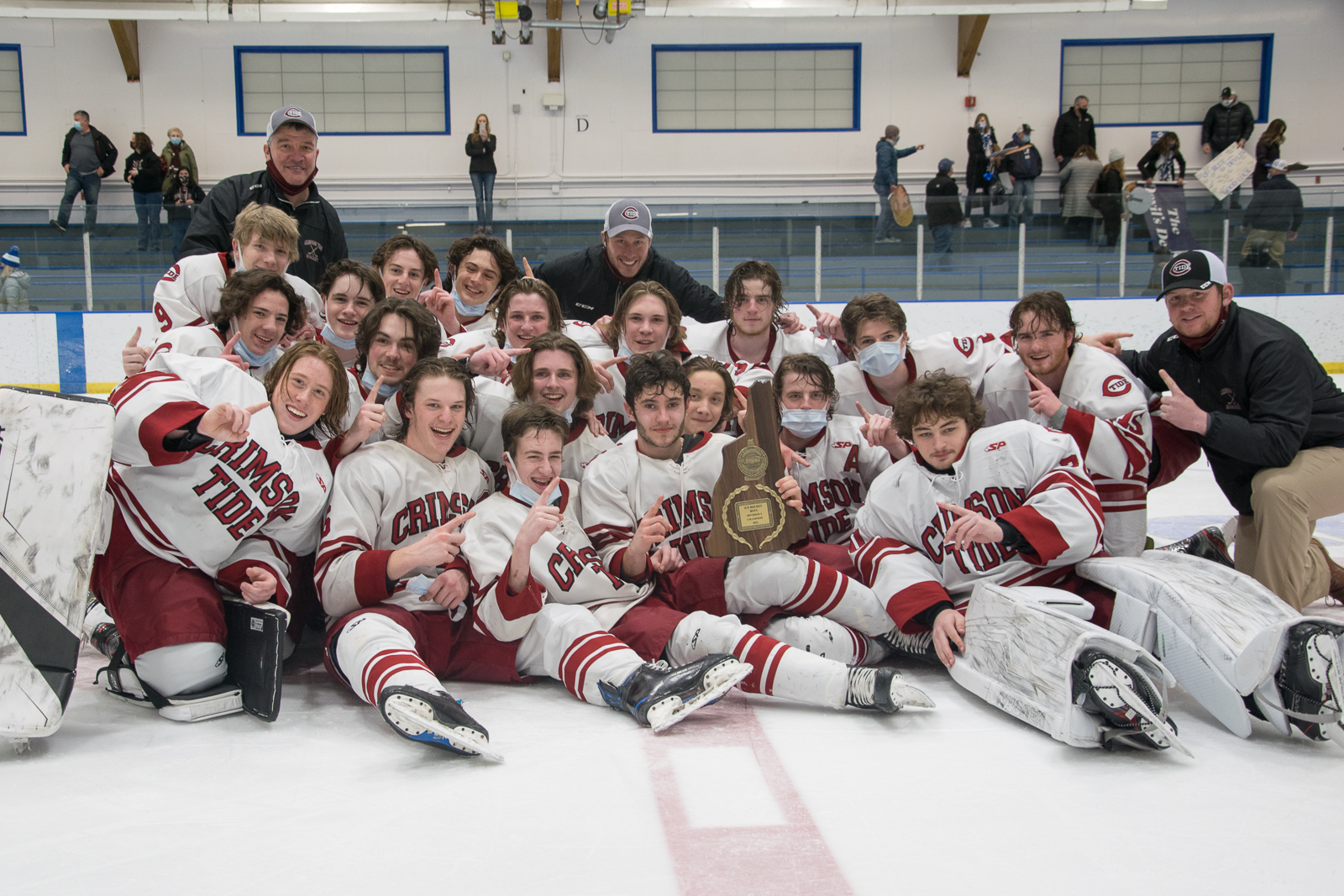 From the moment the first puck dropped at the first practice of the season, the goal was clear for the Concord High boys hockey team: Win the NHIAA Division One State Championship on the ice after having been denied that opportunity a season ago at the outset of the COVID-19 pandemic.

And that is precisely what the Crimson Tide (16-2-0) did as they rolled over Salem, 7-0, in a match-up of the teams with the division’s two best records, claiming the program’s 10th D1 crown Saturday night at JFK Arena in Manchester.

“I mean we just jumped out – the kids were flying,” said Concord’s long-time coach Duncan Walsh, who has been on the bench for eight of those titles. “We waited a year [for this]. We didn’t get to play last year and our kids were so motivated. It’s hard to do but our kids just kept plugging with all the uncertainty during this winter. We got shut down for 10 days, so to do this sort of makes up for last year.” 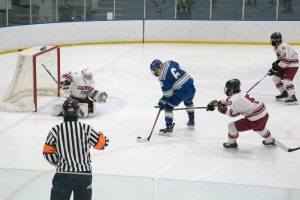 In actuality, the season came within a day of being disrupted twice but the School Board cleared the school’s teams for play the day before the first practice. Then hockey was put on hiatus again after playing just six games.

Concord swarmed the Blue Devils from the outset as senior twin brothers Noah Drew (assist) and Zach Drew scored two goals apiece to open an all but insurmountable 4-0 lead against a Salem squad that had previously allowed more than two goals just once all season.

“They’re not usually scorers but they showed up big time. They came ready to play, buried a couple and really put [Salem] back on their heels,” Walsh said of the Brothers Drew. 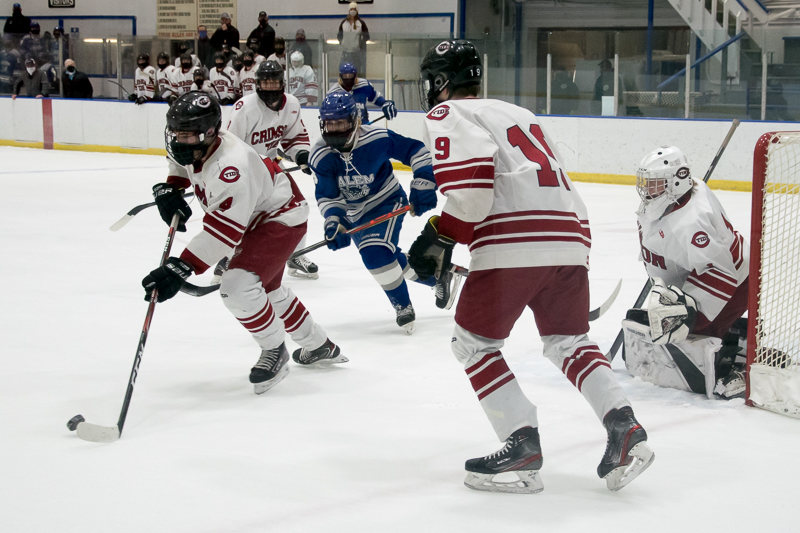 “We’re glad we started that way but we had no idea we’d start that fast because their goalie (Spencer Deane) has been playing really well. After the first period we just said ‘Keep playing, keep playing, get the puck deep and [keep] moving our feet.’ The kids just played great,” Walsh added.

Junior Tyler Coskren’s tap-in set up by the pinpoint passing of junior Ryan Philbrick (2 assists) and sophomore Brooks Craigue stretched the lead to 5-0 in the second period. Junior Parker Frederickson (2 assists) and senior Alex Forward (PPG) added third-period tallies to account for the final while junior goalie Kevin Jones (12 saves) notched the shutout and junior Joey Ala and freshman Jack Shoemaker both chipped in a pair of assists.

Concord, which bounced Bp. Guertin in the semifinals, is now 35-3-0 these past two seasons after finishing 19-1-0 in 2020. Salem had advanced by defeating declared 2020 co-champion Bedford in the semifinals. The Blue Devils closed at 14-2-0 and didn’t help themselves by coming up empty on three power plays.