With 45 minutes of intense play already logged, the overtime approach was simple – shoot for the quickest finish possible before legs grew heavier and reactions slowed by the shift. Dover’s Ceppetelli cousins were more than happy to oblige. 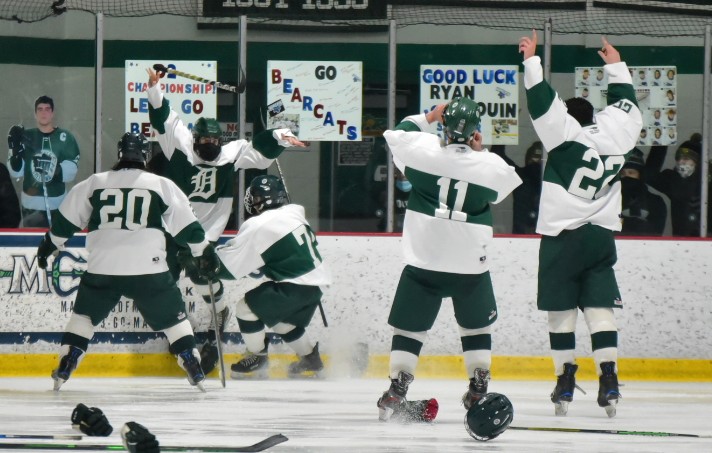 Junior Dante Ceppetelli’s goal at 2:30 of extra time gave the Green Wave (14-1-0) their record seventh NHIAA Division Two State Championship with a 2-1 decision against gritty Somersworth/Coe-Brown Saturday night – an accomplishment made even more memorable since it took place on their home ice at Dover Ice Arena.

“It was just a great game by both teams. I was excited for the boys to get the win and finish the job in this crazy season,” said Dover coach Mike Young. 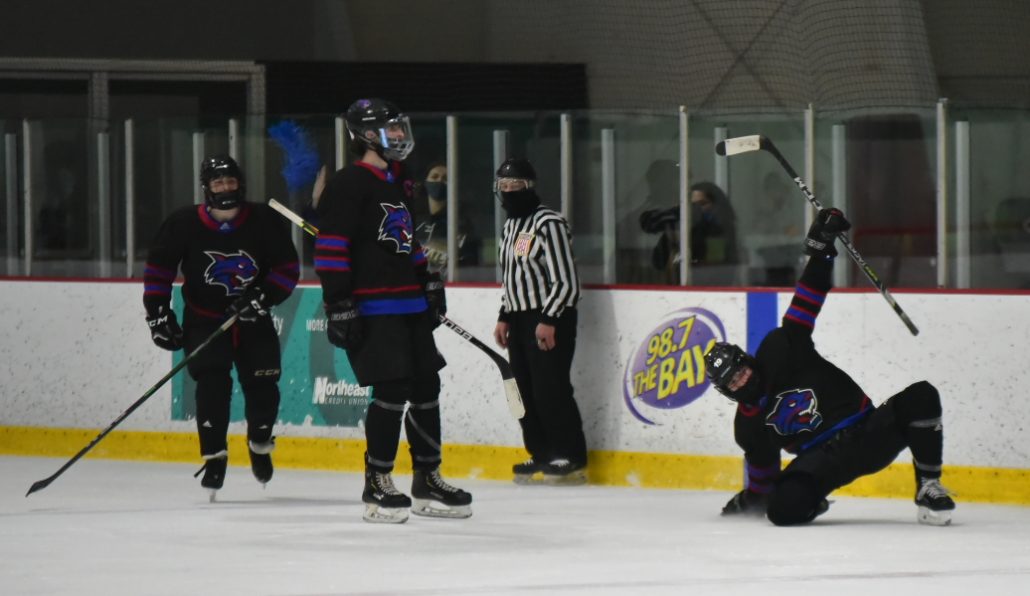 Jonny Pelletier of Somersworth/Coe Brown sent this game into overtime with a tying goal with 2:19 left in regulation.

SCB was determined to show it was a far better team than the one that was shut out by Dover twice, 5-0 and 7-0, in the span of a week during the regular season and the Bearcats certainly did just that.

After trailing, 1-0, for nearly 33 minutes SCB sophomore Jonny Pelletier forced extra time when he tied it with 2:19 remaining in regulation. Sophomore Calvin Lambert and junior Jake Pelletier had the assists.

To that point, Dover had zealously protected a 1-0 lead courtesy of sophomore Parker Fleury’s tally at 9:49 of the first period, assisted by senior Asa Forbes and sophomore Brady McDonough. Senior goalie Devon Lapierre turned in a strong 27-save performance for the win.

Dover tripped up Oyster River in the semifinals and closed with an 11-game winning streak. SCB (10-5-1) had its six-game winning streak snapped. The program’s only championship to date came in 2011 in Division Three as a stand-alone team, capping a 23-0-0 campaign.