The Wellesley Raiders have won back-to-back state championships thanks to a thrilling 3-2 win overtime win over Notre Dame of Hingham in the MIAA Girls D2 state final at TD Garden.

Notre Dame had beaten and tied the Raiders during the regular season.

Junior forward Emily Rourke scored the game-winner with 19.2 seconds remaining in the first overtime with an assist from her sister freshman Lulu Rourke. 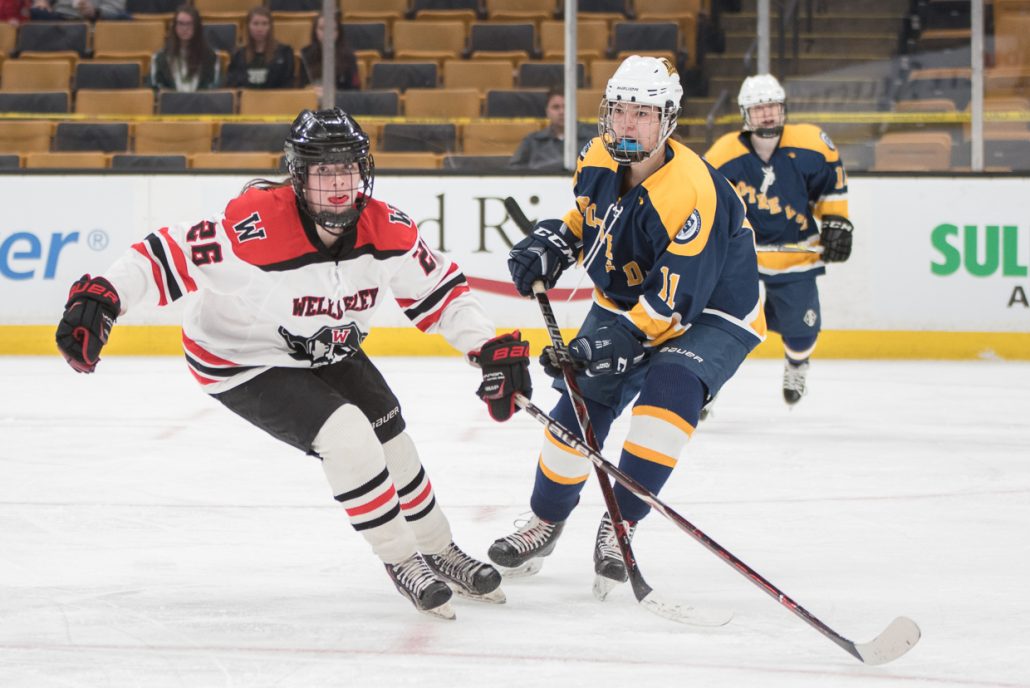 Wellesley held a wide advantage in shots on net, outshooting the Cougars 42-14.

“Notre Dame played tough,” said Wellesley coach PT Donato. “It was an up-and-down game that had a lot of emotions but I thought we played great and our players really stepped up. It was a really special memory for us.”

Senior captain Natalie O’Brien fired one home from the point that struck a Wellesley defender’s stick in front and deflected past Raiders goalie Liddy Schultz to give her team a 1-0 lead.  Senior Alexa Graziano and freshman Cameron Bourassa assisted on the play. 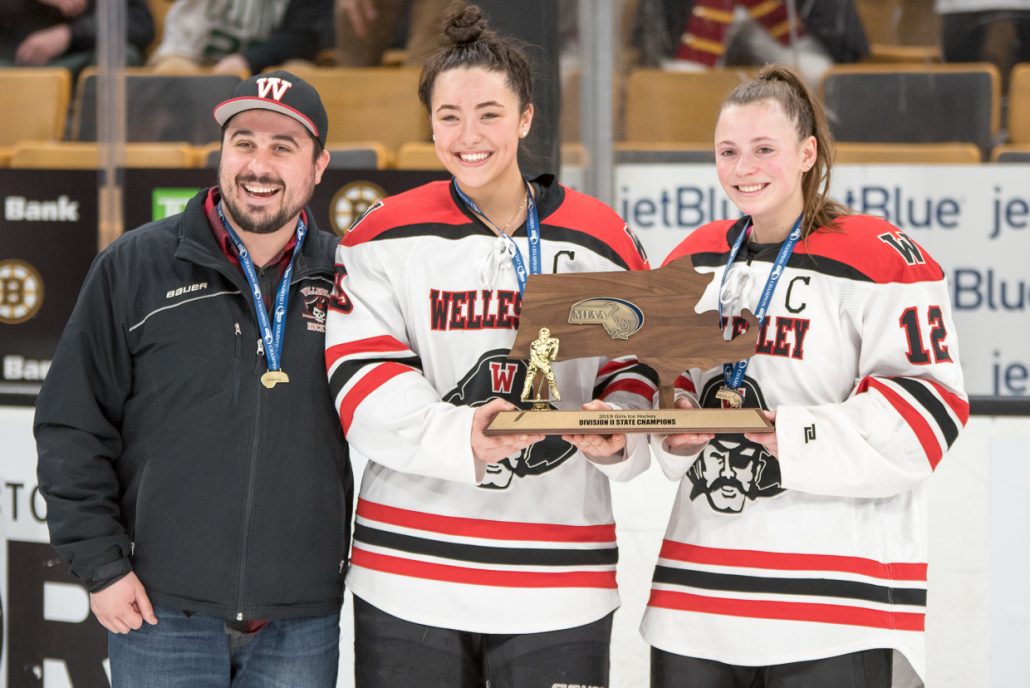 “We wanted to stay the course whether we scored or we didn’t score,” said Donato. “We were going to continue playing our game and that is what the message was.”

Three minutes into the second period, the Raiders capitalized to tie the game at one. After a nice rush into the zone, junior Erin Fleming took a shot that Notre Dame goalie Lily Pendergast saved. The puck got loose and senior Devin Chapman buried the rebound.

A little over a minute later, Wellesley took a 2-1 lead. Lulu Rourke took a shot that bounced and took a nice shot off the boards. Freshman Danielle Cimino took the bounce off the boards and snapped it in from a tough angle.

The Cougars fought back to tie the game at two at 11:14 of the second period. Dani Longuemare fired the puck from the right side. It ricocheted off a Wellesley defender, right on the stick of NDA’s Kelly Morrissey in the slot. She whistled home a low shot. Kelsey Stewart also had an assist.

Wellesley continued to dominate in shots on net all game (finishing with a 42-14 advantage for the game), but Pendergast was outstanding for the Cougars totaling 39 total saves in the game.

In the third period, the Raiders again out-shot Notre Dame 11-2 but were unable to get that one lucky bounce, which ultimately sent the game into overtime. Wellesley did have a power play late in the frame, but the Cougars were able to kill it off.

The penalty kill seemed to energize NDA, which had some good offensive zone time during the early stages of overtime.

The game was 19 seconds away from heading to a double overtime when Emily Rourke changed that scoring the game-winner for the Raiders giving them back-to-back state titles.

LuLu Rourke sent a pass to Emily, who came over the blue line on the right side of the zone, calmly skated across the slot to the left side and potted a near side wrister.

“Wellesley got a puck to the net at the end and that’s hockey,” said Notre Dame coach John Findley. “Nobody thought we would we would get here this year. We took it upon ourselves and we won a lot to get here. So, I am happy for the girls because they worked so hard on and off the ice.”

“We were all over them in overtime,” said Donato. But, the goalie (Prendergast) played great and we had some big plays there at the end. To come out as winners is really special for the girls.” 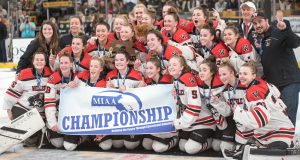 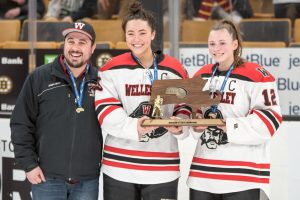 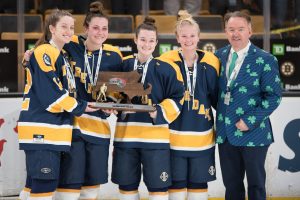 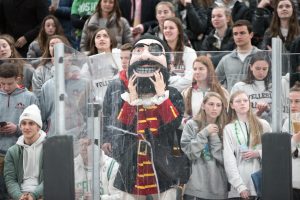 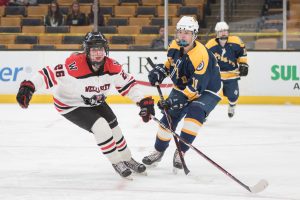 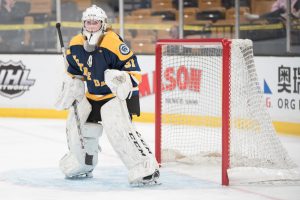 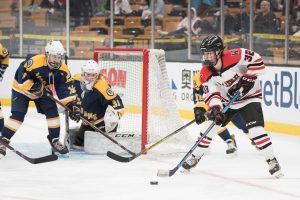