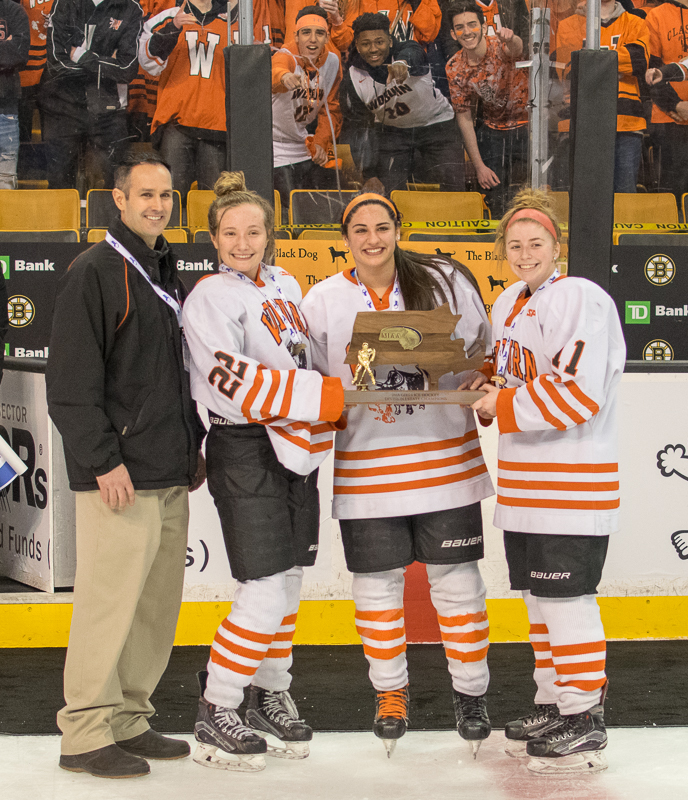 Both Woburn and Methuen/Tewksbury came into Sunday’s MIAA Girls D1 state final with prolific offenses, yet it would be defensive play that dominated in this one.

When it was over, seccond-seeded Woburn made a second period goal by senior Kaitlyn Delaney stand up for a 1-0 win over the Red Rangers for the Tanners second straight state title, fourth D1 title, and the  program’s fifth overall.

“You always hope to be able to get here,” said Woburn coach Bob MacCurtain. “It is so hard to get back here, I really didn’t know what to expect. I knew I had seven unbelievable seniors. I thought we could back here if the season went our way.” 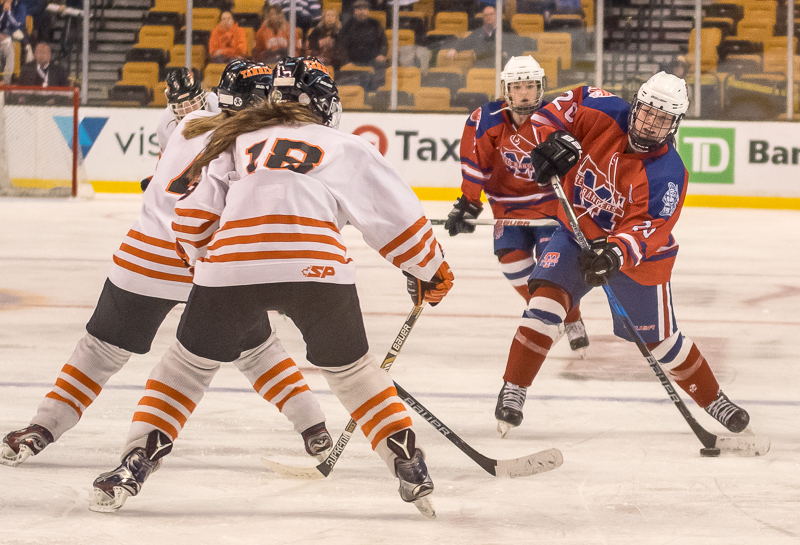 Both teams played solid defense, as the final shots on goal were just 16-16. Both teams did a great job getting in front of and blocking shots.

“Woburn did a great job of packing it in in front of their goalie,” said Methuen/Tewksbury coach Sarah Oteri. “I think we had a lot of good scoring opportuities, but not a lot of shots to show for those opportunities. A lot of people were talking up the offensive players, but we have a lot of strong players on defense as well. Kaia is strong (in goal). They block a lot of shots.”

In the first period, the two teams were feeling each other out. Shots were 6-4 in favor of Woburn, with the best scoring chance in the period coming from Woburn’s Cassidy Connolly.

After both teams had a power play opportunity in the second period, the Tanners (24-0-2) would get the only goal they would need.

With the puck along the left wing boards, Connolly fed it down low to Marissa Gregory, who made a perfect feed in front to a cutting Delaney, who one-timed a wrister past Kaia Hollingsworth to the near side at 6:31. 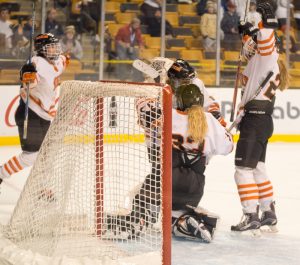 “It was really hard to judge whether to pinch in or stay up high in the slot,” Delaney said. “It was nice to have my teammate come around the net. I saw her, she saw me and it was the perfect finish we needed.”

The Red Rangers (22-2-2) came out strong in the third period looking for the equalizer. They had a couple of great bids in the opening minutes of the stanza, but a pair of shots went just wide of the post and Woburn goalie Amanda Essigman.

Oteri pulled Hollingsworth for a sixth attacker with 1:16 to play in regulation, but Methuen/Tewksbury couldn’t get a good bid on Essigman. The Tanners were able to run out the clock to win the D1 state title.

“The third period we came out flying,” Oteri said. “We controlled the puck and did everything we had to do to get one by her, but we just couldn’t. But I was proud of their effort the whole game.”

“We knew we had to play really good coverage in our end, and be tight on (Kelly) Golini,” MacCurtain said. “She is a great player. The have a lot of good players.  You try to get the kids to be good in your own end. It starts there.”