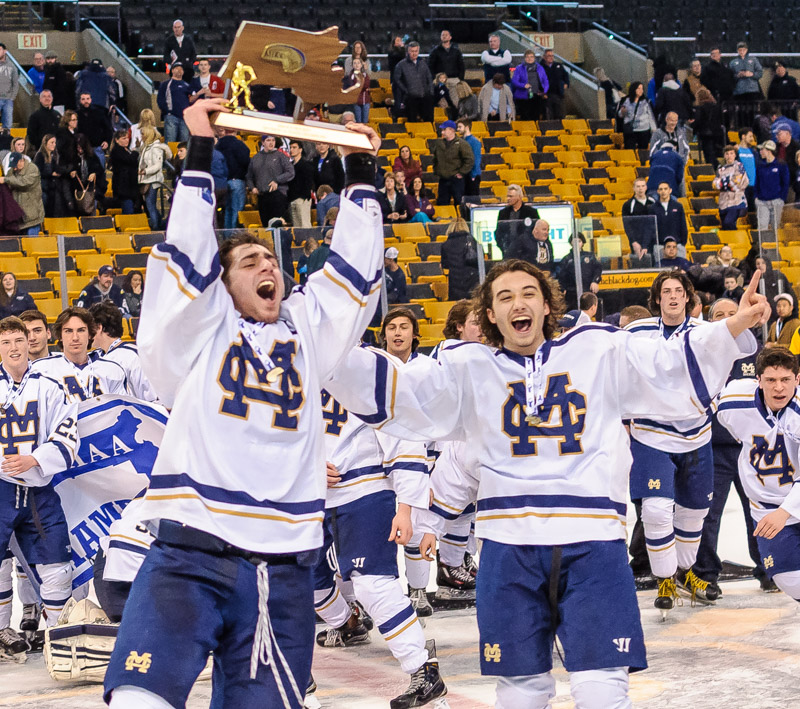 MALDEN CATHOLIC is back as Massachusetts Division 1A champions after beating St. John’s Prep, 2-1, in overtime in a rematch of last year’s final. (Jamie Callery photo)

Defending champion St. John’s Prep and Malden Catholic have now done the MIAA Divsion 1A championship dance three times in the past six seasons. And, for the second time, Malden Catholic prevailed in OT, 2-1, Sunday night at TD Garden to snatch the crown back from the Eagles, who won last year, 2-1.

MC also defeated SJP in OT in 2011, 4-3, kicking off the remarkable run that has seen it become the second school in the 26-year history of the tournament to win it five times, joining Catholic Memorial (13 titles). 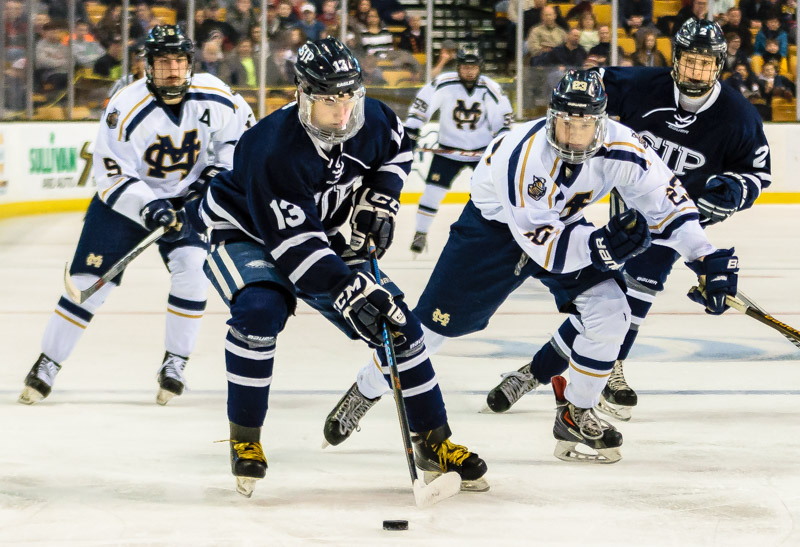 The end came suddenly as MC’s senior Nick Botticelli delivered the game-winner. Bearing down from the left wing he uncorked a laser of a slap shot from about 30 feet that whizzed past St. John’s stellar senior goalie Kyle Martin at 4:52 of the extra session.

“Thought it was an awesome high school hockey game. Both teams had momentum at different times. It’s too bad someone had to lose that game. (I’m) happy we won, but I feel their pain. We felt it last year,” said MC coach John McLean. “All I kept saying was shoot the puck. Throw things at the net and good things happen when you shoot. We’ll take it and have a good time.”

The end result aside, the game played out pretty much as St. John’s coach Kris Hanson anticipated based on the regular-season clashes between the two teams — a 2-2 tie and a 1-0 MC win. 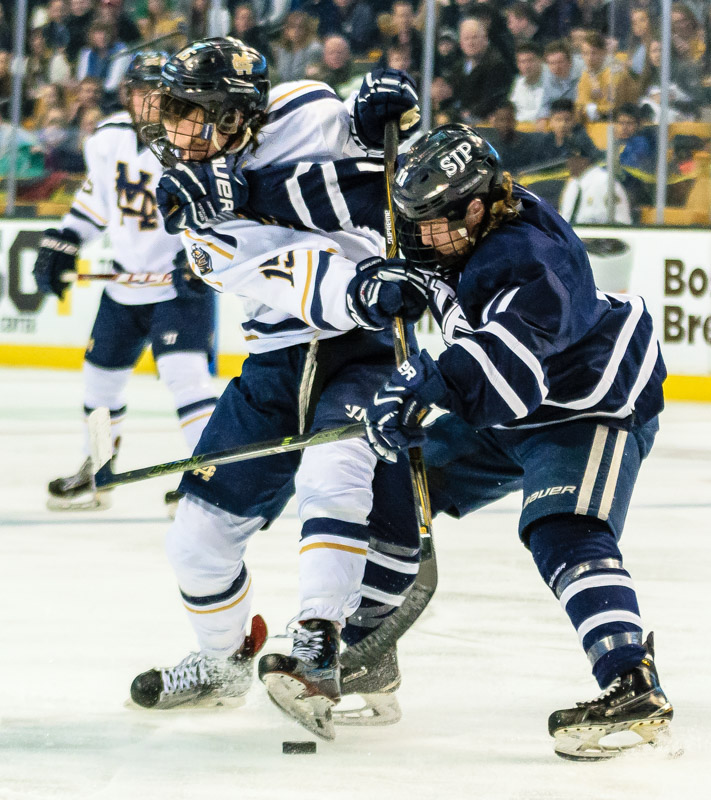 “We knew it would come down to one goal at the end. Kind of anticipated it would go into overtime. They had better opportunities in overtime. They had great chances and had momentum and you could see it coming. Our kids fought all the way,” he said.

Malden Catholic grabbed a 1-0 lead with just 1:21 expired. After St. John’s failed to clear a lively carom off the rear wall, MC’s Thomas Albert gathered in the puck at the top of the right circle, dangled around a Prep defender, and snapped a quick shot past Martin. Defenseman Pat Harrington assisted.

The Eagles matched that with 8:42 left in the period. Moving in from the right side and looking for other options all the while, senior Scott Newton eventually found himself at the top of the crease with the puck and somehow squeezed a backhander past Lancers’ keeper Kyle Casey.

Martin (28 saves) sticked aside a close-range backhander to keep it tied with 2:57 left in the period and Casey (26 saves) matched that with a flashing left pad kick out with 17 seconds to go. 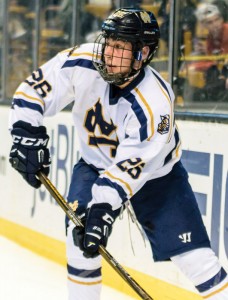 Nick Botticelli was the hero for Malden Catholic with the OT game winner giving the Lancers a 2-1 win over St. John’s Prep. (Jamie Callery photo)

“The way the game started was a bit  concerning. MC came out really hard. Getting a goal to tie got us some momentum but I thought we looked tired at times. MC is a good team, makes you look tired. It wasn’t for a lack of effort,” Hanson said.

When MC generated serious pressure late in the second period, Martin denied testing bids by Corey Goldstein at 10:12 and Justin Collins at 13:30. When the Prep produced the higher quality shots in the third period, Casey held his ground with a dozen saves.

“This means a lot to the kids in room, the coaching staff, and the school. Last year was a tough loss. This year was a new team,  new bunch of new guys. We talked about one game at a time. We never discussed the Super 8. I’m happy for kids; they worked hard,” McLean concluded.