MIAA Boys Division 3 State Final: History Will Be Made As Hopkinton, Wachusett Clash

Someone’s going to make history in the Division 3 boys hockey state championship between Hopkinton and Wachusett. 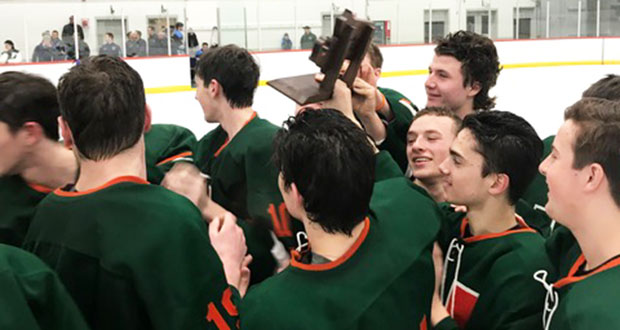 The late-morning breakfast affair will produce a state champion for the first time in one of the school’s history.

Wachusett has won three Central Mass. titles and fell one game shy of the Garden in 2013.

Hopkinton, meanwhile, had never even won a South sectional title until this year, when it breezed through with wins over Bishop Stang (4-0), North Quincy (3-0), Coyle Cassidy (7-0) and Ashland (6-2). It then beat Lowell, 8-3, in the North finals.

Three shutouts and outscoring foes, 28-5, in the postseason. Not too shabby. 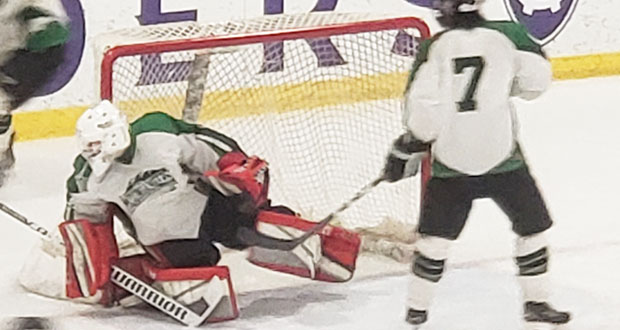 Speaking of solid performances, the Mountaineers have done so through the Central and West, just not in the dominant fashion ala Hopkinton. They beat Auburn (3-1), Groton-Dunstable (3-2) and Longmeadow (4-3, shootout).

The Hillers have been led in the post-season by Tommy Hamblet with seven goals and Kyle Rogers and Sean Walsh with five apiece. Cole Thomas has been in shutdown mode in net all tourney. Senior Steve Simoes is a key on defense for Hopkiinton coach Chris MacPherson, who actually is a graduate of Wachusett Regional.

Wachusett has four players with at least 30 points: Kevin Skagerlind, Grant Gardula, Sean Gardner and Ryan Gardula, the nucleus of coach Matt Lane’s offense. Gardner, a junior blue liner, leads the Mountaineers defense. Freshman Jack Felicio (14 pts) has been solid in the post-season. Jackson King has been a stalwart in goal.