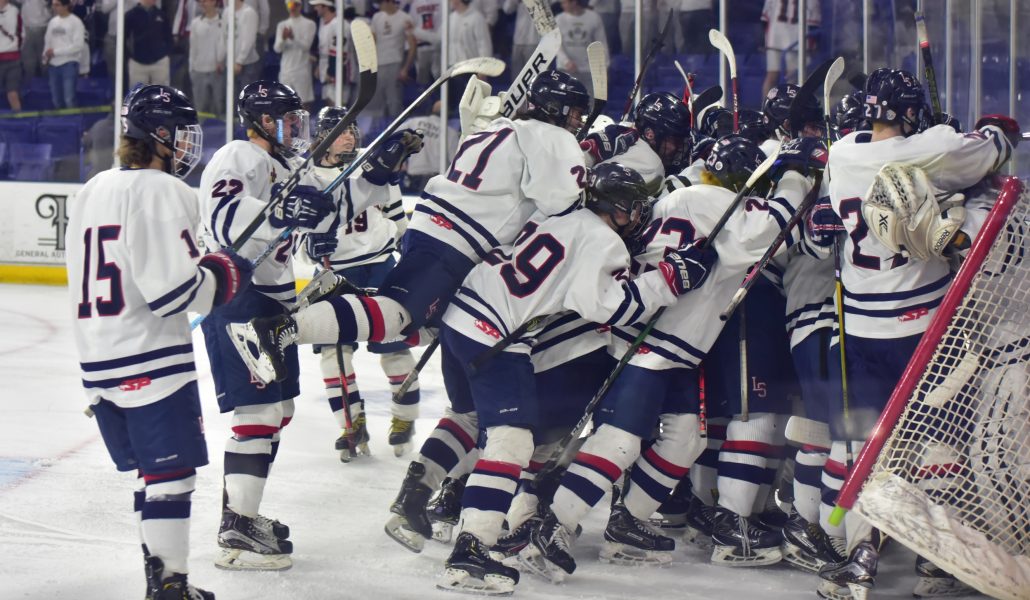 After playing into overtime in each of its previous two postseason games, Lincoln-Sudbury apparently didn’t want to tempt fate a third time.

The Warriors made sure Monday night’s Division 2 North final was well in hand long before the 45 minutes of regulation time were complete. L-S scored four times in the first period, added three more in the second and cruised to an 8-1 victory against Triton at Tsongas Center.

Jack Lanzillo led the balanced attack with a pair of goals for the Warriors, who won the second sectional title in program history. L-S will try for its first state title when it takes on defending Division 2 champion Canton on Sunday at TD Garden. 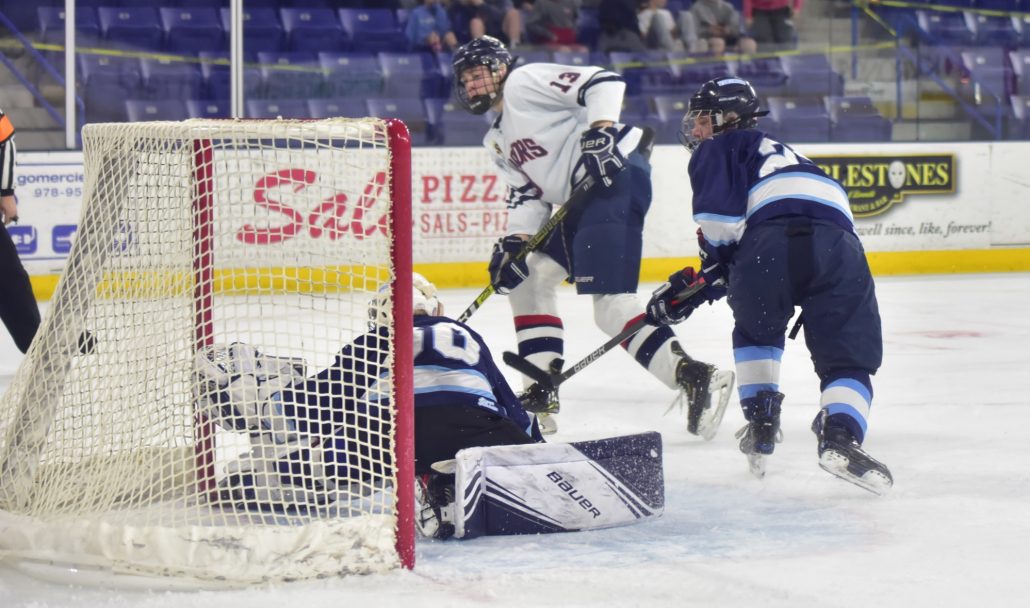 “We just came out right away,” second-year L-S coach Matt Carlin said. “I don’t think the score reflected how good a hockey team and how well coached [Triton is]. We knew we were going to have our hands full.”

L-S (19-3-2) certainly had to battle just to get to this point. After outlasting 15th-seeded Danvers in the opening round, the second-seeded Warriors found themselves on the brink in the quarterfinals, needing two late goals to force overtime and eventually beat seventh-seeded Gloucester.

The Warriors never trailed in their semifinal game against No. 6 North Andover, but still needed a little more than six minutes of extra time before prevailing to punch their ticket to the sectional final.

Fifth-seeded Triton also was no stranger to overtime in the postseason, having knocked off top seed and Cape Ann League rival Masconomet in sudden-death in the semifinals.

But any shot the championship game had of being a similar down-to-the-wire battle quickly was dispelled.

John Dale took advantage of a fortuitous bounce after the Triton defense broke up an initial rush. The puck found the senior in the slot, and he snapped a shot past Triton goalie Wesley Rollins just 2:13 into the game. 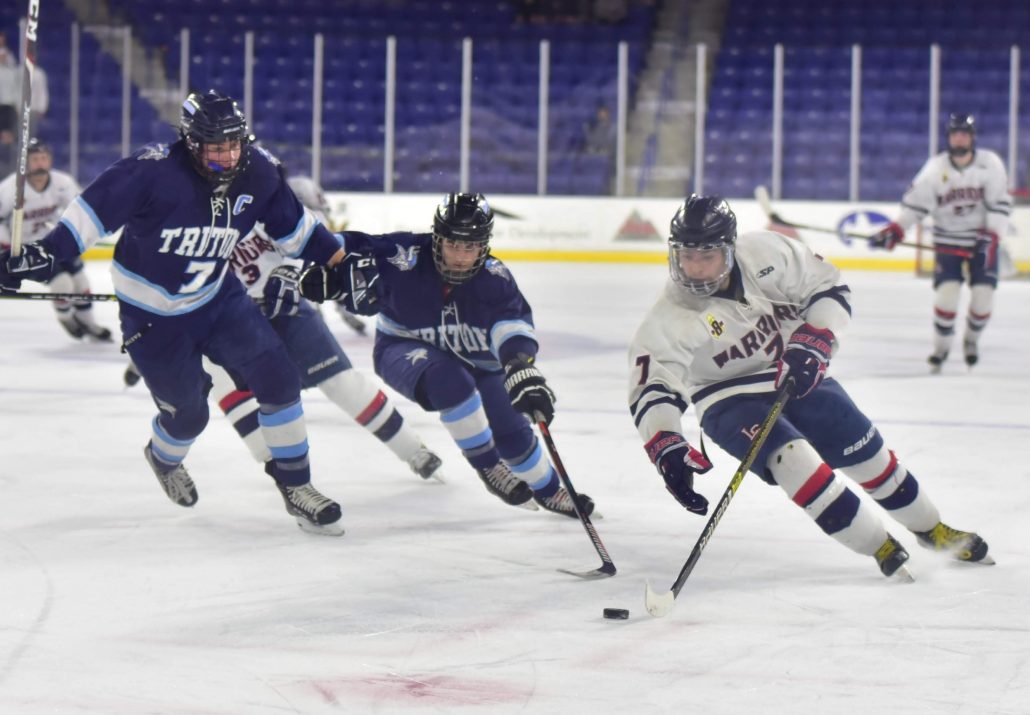 Angelo Venuto of Lincoln-Sudbury tries to elude a pair of Triton defenders in first period of the Warriors 8-1 win in MIAA Division 2 North sectional final.

Then the Warriors threw a 1-2 punch at Rollins and the Vikings, as Jonah Sacher and Lanzillo struck 52 seconds apart midway through the period. Both shots beat Rollins to the stick side, forcing Triton coach Ryan Sheehan to make the switch to freshman Josh Bradley in net with his team down 3-0 just 8:38 in.

It didn’t make much difference. Brendan Quinn found a wide-open Will Dale in front for a tap-in to push the lead to 4-0 at 10:43.

“Our shooting has been good. Practices have been tough for our goalies of late,” Carlin said. “We’ve been scoring goals in practice, and a lot of times if you score goals in practice it translates to games.”

Triton had some life when senior captain Brad Killion fired home a shot from the slot with 40.7 seconds left in the first to cut it to 4-1. But that momentum barely lasted past the intermission. Just 21 seconds into the second, Quinn flew down the left wing and fed a pass to the doorstep that Angelo Venuto tipped past Bradley for a 5-1 L-S lead.

“All we heard constantly was fearless and relentless, and that’s what we saw on film,” Carlin said of Triton. “We knew it was going to be a hard game. We did a really good job burying our chances today.”

Triton actually held a 28-21 advantage in shots, including 15-8 in the second period. But the Warriors followed up Venuto’s goal with two more from Lanzillo and Jacob Noyes, the latter a shorthanded rebound tally that pushed the lead to 7-1 after two.

“I guess it’s weird to say in that type of game, but we felt that we needed to keep working right to the end,” Carlin said.

Andrew Tolland capped the scoring with 7:16 left, and Jack Hankey (25 saves) got a well-earned breather with George Pentz mopping up in the L-S net.

“It was a great team win, coming off two overtime games. It’s really exciting going to the Garden,” said Will Dale, who missed much of the season with shoulder injuries. “Everyone’s fired up and it should be a good game at the Garden.”