Although the ice was beginning to tilt in St. John’s Prep’s favor as the second period came to a close and the game tied at 1-1, there was no worry on the Winchester bench.

“I told the boys in the room after the second period that that was a good team over there,” said Winchester coach Bill Burns. “Five-on-five we were playing them tough. We felt really confident and positive going into the third period. If we could stay out of the box and play our game, we would be all right.”

The Sachems were more than all right. 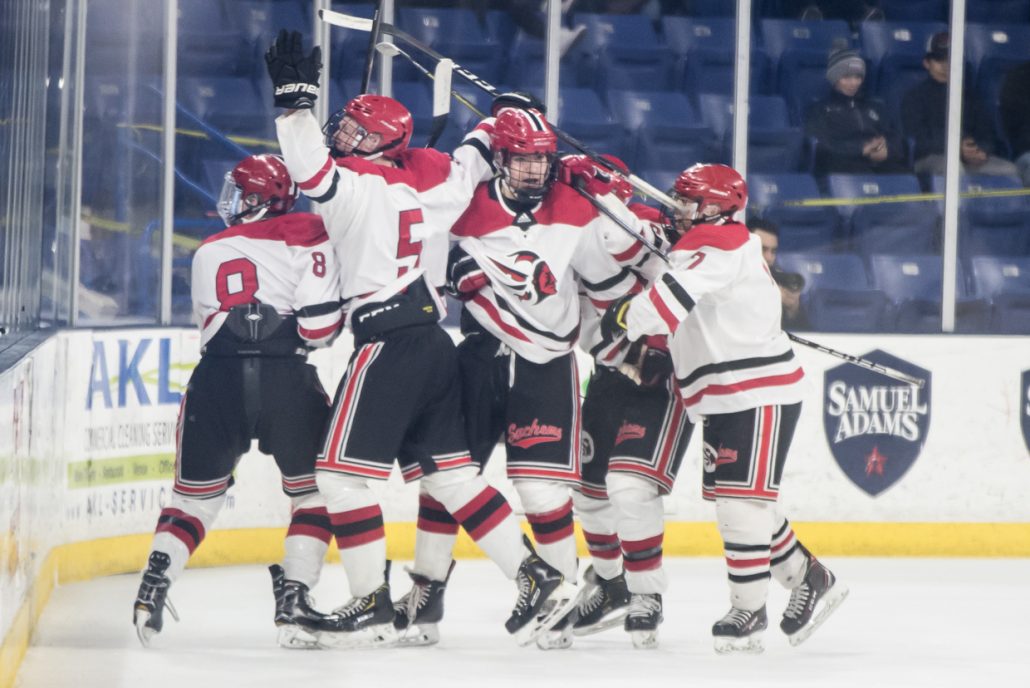 Captain Michael Drew scored a pair of nifty goals early in the third period and linemate Ryan McCarthy iced it with an open-netter as Winchester downed St. John’s Prep to win the 2019 MIAA Division 1 North sectional at Tsongas Arena.

Winchester (17-7-0) came out strong and grabbed a 1-0 lead at the 9:28 mark of the first period. Angelo Mario scored the goal, wriggling free in the slot and firing a wrist shot past St. John’s Prep goalie Jackson Irving. Henry Wilson and Joey Falso had assists.

“We started out down 2-0 in our last two games,” Burns said. “We couldn’t do that against this team. It wasn’t going to happen. Our game plan was to come out with all types of energy and play in their end of the building.”

The Eagles some decent chances in the period, and the second period for that matter, but Winchester sophomore goalie Rob DiVincenzo turned back every bid and kept his club in the lead.

St. John’s finally broke through on a power play at 11:40 on the second period, as Patrick Moran buried the rebound of a Ned Malolepszy shot while the Eagles were on the power play. 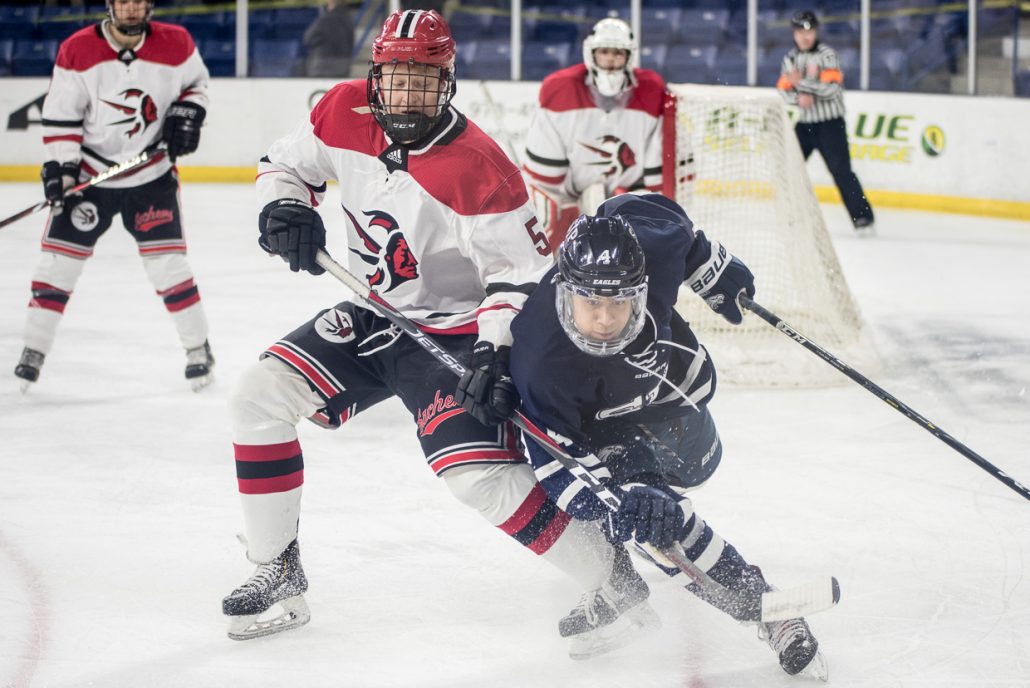 “He stood tall tonight,” Burns said of his goaltender. “That is how he has been the whole year. He saw the puck very well tonight. That’s a good team over there. They roll four lines.”

The Sachems got their first power play early in the third period, and they cashed in. Junior defenseman Michael Martignetti made a nice move to the net from the right wing side. Irving stopped his shot, but the puck found its way into the slot, right on Drew’s stick. He quickly snapped it far side to put Winchester on top 2-1 with 11:45 to play.

Just over a minute later, Drew intercepted Irving’s errant clear and fired the puck home from the top of the right faceoff circle before the Prep goalie could get back into position.

With 1:53 to go, St. John’s Prep coach Kristian Hanson pulled the goalie for a sixth attacker, but 22 seconds later, McCarthy cleanly won a faceoff at center ice and slid a shot home to clinch the North title for the Sachems.