One year after finishing last in the Middlesex League’s Liberty Division, Belmont stands alone atop Division I North following its come-from-behind 3-2 win against St. John’s of Shrewsbury Monday night at Tsongas Arena. 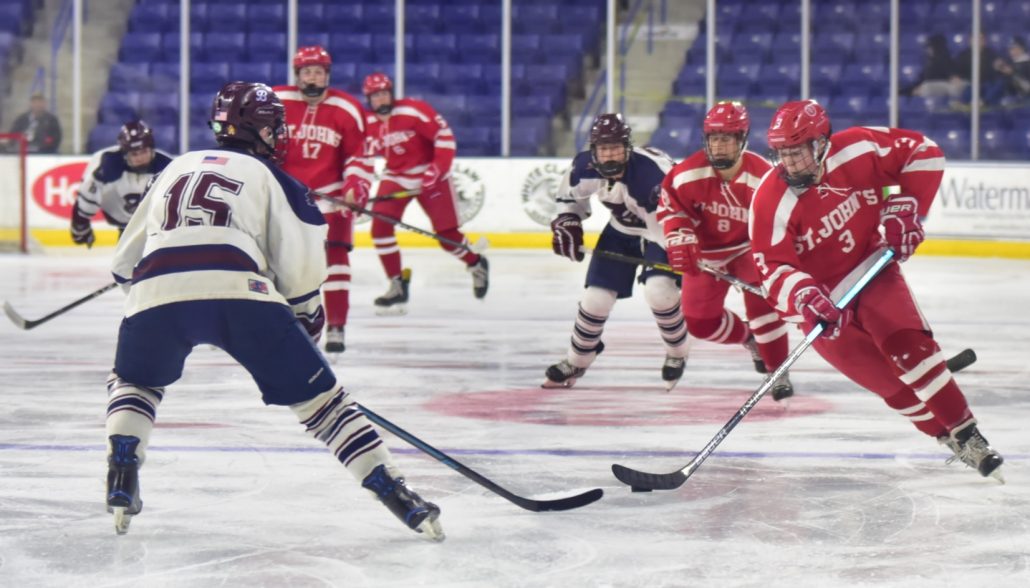 Brendan Doherty of St. John’s (S) carries the puck up ice with Belmont’s Nolan Duffy moving in to defend during MIAA D1 North final. Marauders rallied late for a 3-2 win.

The game-winner, delivered by the Marauders’ junior standout Ben Fici, was a thing of beauty. Wheeling unchecked and under a full head of steam, Fici collected a loose puck in the neutral zone, swung wide to the left and snapped home a wrist shot from the top of the faceoff circle with 1:25 to play. Senior goalie Nico Carere (27 saves) closed it down from there. 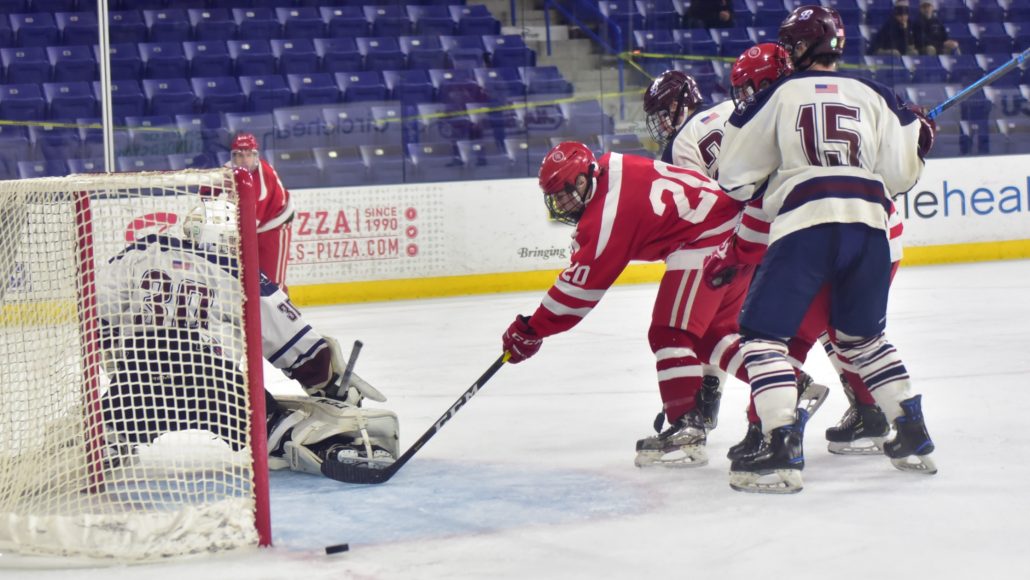 SJS dominated the first period, piling up a 10-1 edge in shots and taking a 1-0 lead just 52 seconds into the game on a goal by captain Matt Myers.

Belmont flipped the script in the second period, erupting for a 17-7 advantage in shots. Captain Matt Brody tied it at 1-1 at the 6:52 mark with a rebound goal. Otherwise, Pioneers’ goalie Dan Laursen (29 saves) proved all but impenetrable.

Belmont, though, wouldn’t buckle and tied it on Marco Santagati’s shorthanded strike with 2:26 remaining. Brody sent Santagati in alone on a breakaway and Santagati buried a backhander.  Fici won it 61 seconds later.

Sunday’s title game pits two programs seeking their first State title under the umbrella of the MIAA, established in 1972. Walpole won pre-MIAA State titles in 1945, 1963 and 1965.