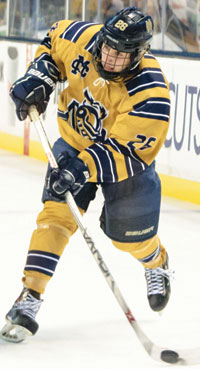 No. 10 St. Mary’s upended No. 6 Hingham, 2-1, in the consolation game. Brady McLaughlin’s power play goal in the final minute of the second period proved to be the game-winner. Eric Pedro had the Spartans’ first goal while Billy McNally scored for the Harbormen.

Marshfield knocked off Catholic Memorial, 2-1, in Monday’s championship game. Hunter McCauley and Aidan Connelly, his first varsity goal, scored for the Rams. Goalie Grayston Owens (33 saves) turned back everything that came his way aside from Frank Cosolito’s power play goal in the third period.

In the consolation game, Framingham toppled St. John’s of Shrewsbury, 3-2, behind two third-period goals from Ben Stefanini. Scott Hall also scored for the Flyers while Tyler Anes had two assists and Alex Moore finished with 22 saves. Jack Pitney and Tyler Reynolds had the goals for SJS.

Franklin scored a solid 4-1 win against New Hampshire No. 1 Bp. Guertin on the opening day of the Mount St. Charles Holiday Faceoff. Joey Blaise had two goals and an assist for the Panthers. Jake Downie and Brendan O’Reilly also scored while Nick Jasinski stopped 31 shots.

Ian Murphy had two goals and an assist as B.C. High rolled past St. John’s of Shrewsbury, 5-1, amassing a 38-8 edge in shots.

Newburyport of the Cape Ann League handled a pair of MVC-DCL One opponents in consecutive games. Westford Academy fell first, 5-1, behind a goal and two assists apiece from seniors Scott Webster and Tyson Gudaitis and a goal and assist from Tanner Derby. Acton-Boxboro was next, 3-1, behind a 25-save performance by sophomore goalie Kenny Hodge.

Junior Ryan Lovett’s shorthanded goal in the final minute was the difference in Xaverian’s 2-1 non-league win against Chelmsford. 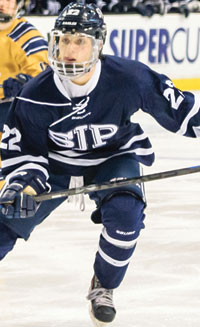 Reading shut down Watertown, 5-0, in a Middlesex crossover as Kevin Tobin and James Reilly scored two goals each.

Cole Archambeault scored four goals in the third period to spark St. Peter-Marian of the Catholic West past Triton of the Cape Ann League, 6-3.