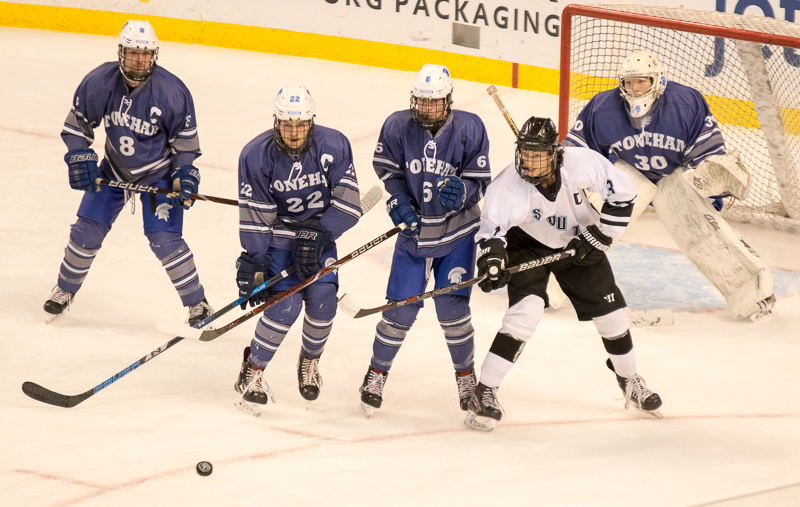 There is wide open. And then there is WIDE OPEN. This year’s Massachusetts Division 2 Boys race to a state championship. It is WIDE OPEN. No clear-cut favorite. Many teams have some big holes to fill in their rosters due to graduation.

Others not in the conversation a year ago return a solid group that could push them into contention.

It should make for a great season, with each game carrying extra meaning.

It also means trying to put together a preseason Top 15 in Division 2 an ardous task. Not a lot separates the top teams. Our final poll at the end of the season could look very different.

We will go with tradition at the top and list Canton (17-3-4) as our preseason #1. The Bulldogs always seem to be around and have a host of talented offensive players back. A key will be goaltending and rebuilding the defensive core.

#2 Winthrop (13-7-2) has the luxury of four returning NEC All Stars in the lineup. The Vikings hope to utilize that leadership into challenging for a league title.

#3 Medfield (14-6-4) has had some turnover on its roster, but returns key players at all positions. Be sure coach Toby Carlow will have the Warriors ready to go in the tough Tri-Valley League.

A state championship finalist last year, #4 Stoneham (18-5-2) lost a nucleus of star players that helped lead that drive to the Garden. The Spartans should be OK with what they have returning, and they will be battled-tested after a schedule full of D1 opponents.

#5 Lincoln-Sudbury (12-9-1) has a new coach in Matt Carlin. The Warriors possess some good depth at forward and look to come out of the MVC/Dual County II with a title.

Last year’s  state champion – Plymouth South (20-3-2) – starts the new season at #6. The Panthers need to rebuild the roster that won them the title last year.

* Check out MassHSHockey.com for schedules, results, rosters and stats of all Mass High School hockey teams.