Friends, former and current players, and former and current coaches of Arlington High hockey will gather on Saturday, February 20 at the Ed Burns Arena to dedicate the Spy Ponders locker room in honor of longtime coach and player – Dick DeCaprio.

The name Richard “Dick” DeCaprio has been synonymous with the Spy Ponders hockey program at Arlington High School since the 1960s. DeCaprio played for legendary coach Ed Burns in the AHS Class of 1964, and went on to play at Boston University before launching a career as a teacher, coach, high school administrator, referee and administrator of referees. 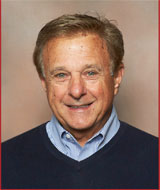 He enjoyed a 46-year relationship with AHS hockey, moving from player, to assistant coach, to head coach. As head coach, he succeeded Burns and won 161 games, including six league titles, retiring in 2011. DeCaprio remains active in hockey as an observer of Hockey East referees. He also served as Hockey East’s Supervisor of Officials for many years.

“Coach ‘DeCap’ was a motivating force behind decades of great AHS hockey teams,” said current Arlington head coach John Messuri (AHS ’85). “His legacy as an assistant and head coach will never be surpassed.”

The Massachusetts State High School Hockey Coaches Associated has enshrined DeCaprio in its Hall of Fame and he is the only individual that the group has recogized in three different categories: referee, assistant coach and head coach.

“I am so happy that ‘DeCap’ is being recognized for his contributions to the Spy Ponders,” said former AHS goaltender Joe Bertagna (AHS ’69), the current Hockey East commissioner. “And it is just like him to make sure that any recognition directed his way would need to include the assistant coaches with whom he worked and to whom he was so loyal.”