This league produced two of the final four teams standing in the MIAA Division 1 tournament, including state champ Methuen/Tewksbury. Andover (Tyler Vigue) and Billerica/Chelmsford (Ray Monroe) both have new coaches. 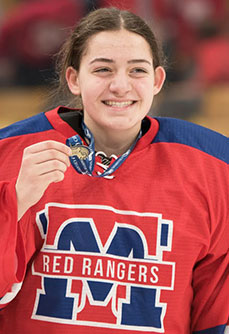 The defending Division 1 state champs will have a different look this winter, focusing more on a defensive style after graduating a lot of offensive power.

Offensive production will come from the likes of seniors Ryan Quinn (17 pts) and Lydia Pendleton (30 pts) and Abby O’Keefe and sophomore Jessica Driscoll (12 pts). New freshman Nikole Gosse looks to have a role.

The trump card for the Red Rangers is in goal with the return of senior Kaia Hollingsworth (1.07 gaa), one of Mass. high school’s top netminders.

With Kevin Drew moving over to the boys side, former assistant Tyler Vigue ascends to the head coaching position with the Warriors. Although they lost some key players from last year’s club that reached the state semifinals, expectations are high.

Senior Sara Carleo (13 pts) will anchor the defense. A new starting goalie will emerge from pre-season workouts, as will a handful of others who will play key roles.

The Grey Ghosts have some talented players at each position and they feel they can be in the mix for a league title run.

Junior Meghan Mulhern and sophomore Kendall Donovan are a pair of mobile defensemen. New sophomore Arielle Villandry will have a role.

The Colonials have been a young team in the past and this season will be no exception, as 10 of the 22 players are either seventh or eighth graders. With that in mind, coach Brian Fontas, entering his 21st year, says his team needs to play aggressively.

A-B’s first line will be tough to stop with the return of juniors Jillian Loebs (26 pts) and Ella Cormier (8 pts) and sophomore Cailey Ryan (22 pts).  New seventh-grader Ella Nannene could have an impact.

In goal, sophomore Madigan Anderson returns to the cage after playing the last two seasons at forward.

There is also new management here, where Ray Monroe takes over behind the bench. He is looking to continue to help grow what he feels is a good program. Playing good team defense and solid, two-way hockey will be paramount to any success.

Junior captain Samantha Fantasia (25 pts) will be an offensive catalysts for the Indians,  headlining a returning group that also include junior Brenna Murray, sophomores Sofia Belan and Grace Hoffman and freshmen Victoria Apostolakes and Julia Williams.

Two sophomores – Lea Gaspar and Gina Sciortino, and freshman Piper Boudreau will have key roles on the B/C blue line.

After a down season a year ago, coach Gary Kane feels this may be the best all-around team he has had at HPNA. This year’s key will be balance, as well as depth.

And in goal, senior Jenny Hubbard (2.49 gaa) has some good experience. 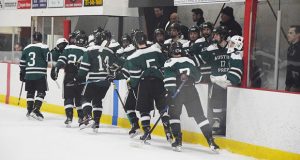 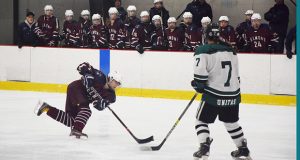 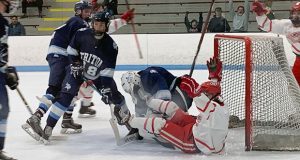