Two of the stronger programs in this division – Melrose and Stoneham – have joined forces as a co-op team that immediately will be in contention for a league title. The rest of the group – Burlington, Wilmington, Wakefield and Watertown – hope to challenge in the league and for a D2 post-season berth

These two programs join together to form a co-op program that has the potential to be pretty solid.

Junior Katie Oro, sophomore Kaylee Cronin and freshman Gabriella Sacco are Stoneham players back on defense. They will be joined by senior Marie Maher, junior Hannah Connoly and junior Sydney Kroon from Melrose.

A new goalie will be in place following pre-season workouts.

Solid play in all three zones and some balanced scoring will be keys for the Warriors this winter.

Sophomore Abby Boudreau returns in goal for the the Warriors.

The Red Devils return 15 players that gained some good experience last winter. They also will have 10 eighth-graders on the roster.

Defensively, it will be junior Sydney Shinopoulos and freshmen Abby Sousa and Lizzy Boulos leading the way.

The Wildcats will be somewhat small on numbers again this winter, but they will be competitive in every game.

Senior goalie Melanie Hayden is back. 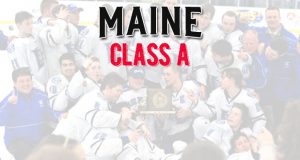 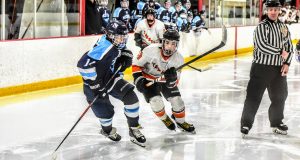