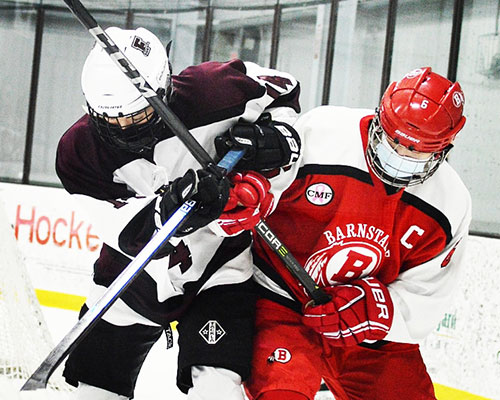 Barnstable, which lost 4-3 and tied 2-2 with Falmouth during the regular season, finishes the year 7-2-3 overall. The Clippers wound up 13-1-1 on the year.

Down 1-0 entering the second period, the Raiders got goals from Finley Crosby, Grace Holden and Ally McEneaney, all freshmen, to forge a 3-1 lead heading into the final period.

Falmouth did get one of those goals back on a Sam McKenzie strike, but couldn’t get the equalizer past Raiders goalie Meili Raspante, who finished with 22 saves.

Abby McDonald staked Falmouth to a 1-0 lead in the first period.

In a semfinal match-up on Saturday, the Clippers advanced with a 4-0 shutout win over the Cape Cod Furies. Ryann McDonald scored two goals, and Abby McDonald and McKenzie one each.