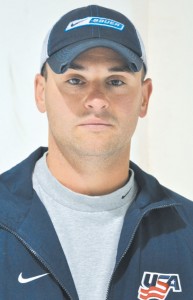 Maya Mangiafico scored three goals, and Sarah Graham, Becca Brown and Sadie Durham each had one as Medfield improved to 10-2-0 with a 6-0 whitewashing of Franklin.

Barnstable picked up a big win down on the Cape, edging past D1 #4 Duxbury, 4-3. Callie Rogorzenski had the game-winner in the third period. Brynn Mendes scored twice for the Red Raiders, while Danielle Desrosier added a single tally. Julia Nolan scored twice for Duxbury.

Angela Ferro made 35 saves and Kayla Currin scored both goals as Algonquin/Hudson notched a 2-0 non-league win over Winthrop/Lynn.

D2 #3 Tewksbury/Methuen stayed unbeaten, improving to 13-0-2 with a 4-0 shutout of Cambridge. Kelly Golini scored a pair of goals for the Red Rangers, while Eryn Taber and Brenna Greene each had one.

D1 top-ranked Arlington Catholic had little trouble with Beverly/Danvers, taking a 6-1 win behind the two-goal performance of Nicole Amato. Margaret Sullivan, Erin Healy, Mickey McLaughlin and Maddy Crowley-Cahill each had a goal as well for the Cougars.

Amanda Crowley had both goals as Dennis-Yarmouth slipped past Bishop Stang, 2-1.

Acton-Boxboro doubled up on Chelmsford, 4-2. Cali Loblundo was busy in the Colonials’ net, with 38 saves. Megan Barrett scored twice to lead the offense. 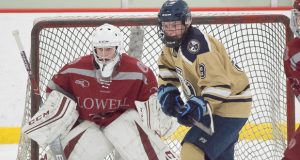 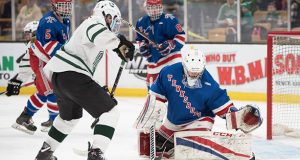 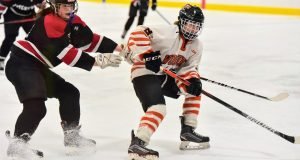