Marissa Gregory had two goals, including the game-winner as Woburn upended Melrose, 3-1, in the Middlesex League.

Jess Phalen had the goal, and Maddie Ramsey made 30 saves as Fontbonne Academy earned a 1-1 tie with Arlington Catholic. Mickey McLaughlin had the AC goal.

Wakefield’s Julianne Bourque and Brooke Lilley each posted a hat trick as the Warriors defeated Belmont, 9-2.

Reading held off Stoneham, 4-3, as Chloe Doherty scored two goals. Gabby DeCologero and Caroline Seibold each scored as well for the Rockets.

Quincy/North Quincy swept a pair of weekend games over Latin Academy, flexing their offensive muscles in 13-4 and 10-4 victories. Kate McGahey and Riley McGlaughlin each had five goals over the two goals, while Cassandra Davis notched four goals. The wins officially qualified Q/NQ for the post-season. 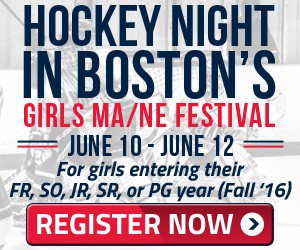 Rylie Glennon had the only goal, and Cassidy Smith earned the shutout between the pipes as Burlington won its seventh straight game, blanking Arlington, 1-0.

Needham picked up a solid 8-3 win over Milton in the Bay State League. Cassidy Piersiak led the attack with a hat trick, while Elizabeth Phalen and Kendall Mulligan each scored twice. Elena Kapolis each scored two goals for Milton.