Mass. Girls D-1 Poll: Things tightening up at the top

Things are starting to tighten up in Massachusetts Girls Division I hockey, with not a lot separating the top ten teams. Or, for that matter, the top 12 or 13 teams.

The latest HNIB News Mass. Girls Hockey D-1 poll will keep Duxbury (10-0-3) in the #1 spot. The Dragons had a couple of nailbiters this week, rallying to tie Beverly/Danvers with two third period goals, and edging Notre Dame, 2-1, also with a pair of third period goals. In between, Duxbury blanked Sandwich.

If anything, this team has shown how resilient it can be and not being bothered by being behind, both good traits come tournament time. The Dragon have another battle on Tuesday, travelling to Winthrop/Lynn, followed by an equally tough battle on Saturday with Falmouth (Bog, 1pm).

#2 Reading (11-1-2) only played once this week, cruising past Stoneham, 9-0. The Rockets appear to be at the top of their game at this time. They will play Lexington on Wednesday (7:45pm) and then will be at Arlington Saturday (6:00pm).

Another team on its game is #3 Acton-Boxboro (12-2-0). The Colonials have been showing off their offensive muscles, with a pair of wins this week over Westford Academy (6-2 and 4-1), along with a 7-3 win over Chelmsford (Meghan Barrett hat trick). A-B hosts a tough Billerica team Monday (8:00pm) and then has the rest of the week off. 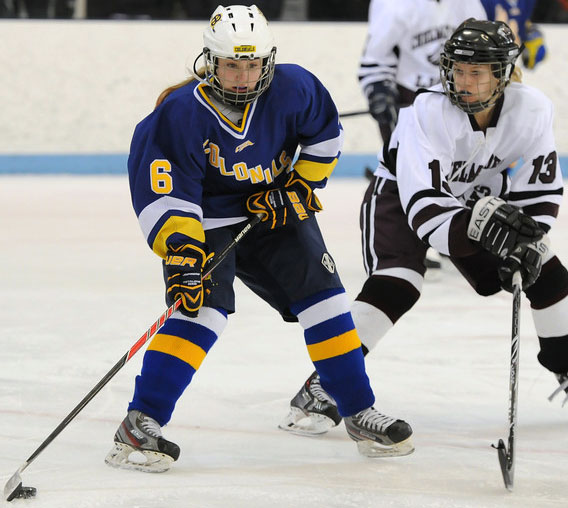 The two teams meet again on Wednesday (8:00pm) at Arlington. Austin Prep also will travel west to take on Springfield Cathedral Monday (5:30pm) and hosts another toughie in St. Mary’s on Saturday (6:00pm)

#8 Watertown/Belmont (12-1-1) jumps up a couple of spots. Most recently, coach Steve Russo’s club dispatched Lexington (4-2) and Wakefield (7-0).  This team, which has lost only to Reading this year, is at Burlington Wednesday (8:15pm) and hosts Stoneham Saturday (2:20pm). 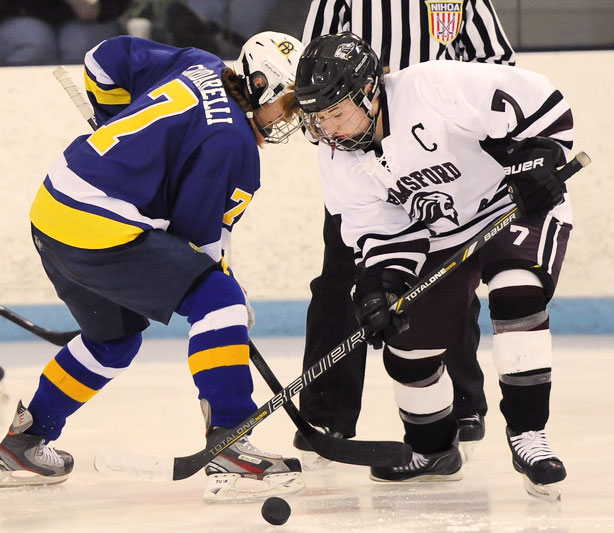 How tight are things in Division I? A 2-2 tie with a good Billerica team drops Andover (9-3-2) three spots to #9. Chelmsford (Wednesday) and Concord-Carlisle (Saturday) are on the slate this week.

That closeness also vaults Winthrop/Lynn (11-2-0) into the poll for the first time this year. They knocked off Beverly/Danvers on Wednesday (1-0). Tuesday, Winthrop/Lynn hopes to make a statement when Duxbury comes to town.