Kevin Doyle
Kevin joined HNIB in 1990 and is a Senior Writer and Director of the Northern New England and Mass/R.I. High School Division camps. A veteran editor/writer of 40 years in the print and digital mediums, he has edited and produced original content and coordinated production for local and global publications and websites. He holds degrees from Merrimack College and Boston University and won multiple industry awards as Sports Editor of The Daily News of Newburyport and News Editor of The Amesbury News. He is the 2016 recipient of the North Shore Lifetime Commitment From the Community award presented by Moynihan Lumber and a 2017 Newburyport High School Wall of Fame inductee. He resides with his family in Portsmouth, NH. Email him at [email protected] and follow him on Twitter @kdoyle40

Since winning the first of four consecutive Division 1A championships in 2011, No. 2 Malden Catholic, has stepped out of state against non-MIAA opponents on 20 occasions and compiled a dominant 16-3-1 record. Only New Jersey power Delbarton, against whom MC has split six games, has measured up.

The Lancers extended their out-of-state mastery this past week, squeezing past Fairfield (CT) Prep on Monday, 3-2, before blasting Rhode Island stalwart Mount St. Charles Saturday, 7-3, a game in which they staggered the visiting Mounties with a five-goal first period blitz. MC has two remaining out-of-state dates: Monday at New Hampshire No. 1 Bishop Guertin and Sunday, Feb. 21 at home vs. Rhode Island power Bishop Hendricken.

In state, the Lancers travel to No. 20 Franklin Wednesday, then have a week off to prep for the Cathedral Hockey Classic hosted by Pope Francis Feb. 17-18. 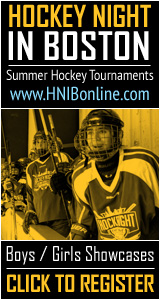 Meanwhile, No. 1 B.C. High handled its only business of the week, shutting down Pope Francis, 3-1, Wednesday, holding the high-flying Cardinals off the board until the game’s final two minutes. The Eagles face off with Reading Monday at Burbank, then are off until Saturday when they meet host Falmouth in the first round of The Buddy Ferreira Classic.

No. 4 Pope Francis rebounded from its loss to B.C. High with a 4-1 decision of No. 18 Hingham Saturday. PF kicks off the first of its two regular-season tournaments, the Cathedral Tournament, Friday night against Fairfield Prep. The other semifinal on Friday pits Delbarton vs. Bishop Hendricken. It seems likely the Cardinals will close the regular season as the only D1 program in the state to surpass 100 goals scored.

After being shut down by St. John’s Prep earlier in the week, No. 5 Austin Prep responded with a key 2-0 Catholic Central Large decision of No. 16 Archbishop Williams Saturday. The Cougars bracket a mid-week league game against Arlington Catholic with non-leaguers against Middlesex League clubs Melrose (Monday) and Reading (Saturday), the latter in the first round of The Buddy Ferreira Classic.

No. 6 St. Mary’s long-time coach Mark Lee earned his 400th career win this past Tuesday as the Spartans fought off Bishop Fenwick, 4-3. No. 401 came Saturday night against Matignon, 7-0. The Spartans complete their Catholic Central Large slate Wednesday against Archbishop Williams. 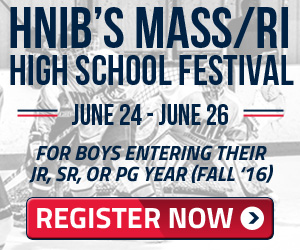 No. 7 Burlington, the Middlesex Freedom Division champion, remains the most consistent performer among public schools this season. The Red Devils are unbeaten in 11 (10-0-1) since a 3-1 loss to No. 12 Winchester in the season’s third game.

No. 8 Framingham grabbed control of the Bay State Carey race with its 2-1 win against Braintree Wednesday, then shut out Newton North Saturday, 1-0.

No. 9 Reading rebounded from a mid-week loss to No. 14 Arlington by shutting out Winchester Saturday, 3-0. This is a crucial week for the Rockets with games against B.C. High, No. 13 Woburn and Austin Prep.

No. 10 Braintree halted a two-game skid with Saturday’s 4-1 decision of Needham. The Wamps continue to lead D1 with just 15 goals allowed.

No. 11 Central Catholic coach Mike Jankowski picked up his 200th career win against Andover Wednesday, 3-2. The Raiders regained control of the MVC/DCL One race Saturday night with a 3-1 decision of No. 15 Chelmsford.