Saturday’s storm wiped out all but a handful of weekend games: 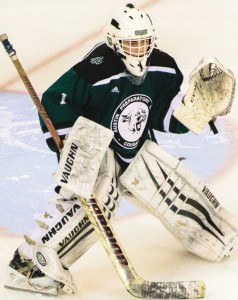 On Sunday, Austin Prep turned back determined St. John’s of Shrewsbury, 5-2. Two late goals by Richard Lyons sealed it after SJS closed to within one on third-period strikes from Justin Storer and Nick Palermo. J.J. Harding also had two goals for AP and Dylan Regan finished with 26 saves.

On Sunday, all the scoring occurred in the first period of Waltham’s 3-1 win against Acton-Boxboro in MVC/DCL One play. Adam Becker netted the GWG for the Hawks. Andrew Miller and Steven Giardina also scored and Chris Egan had two assists.

On Saturday, Newburyport spotted Lynnfield a 2-0 lead in the first four minutes but forged a 2-2 tie on third-period goals from senior Paul Federico and junior Matt Babcock.

Middlesex vs. Catholics Shootout Next Monday

High school hockey junkies in need of a fix can get it on the Martin Luther King Jr. holiday next Monday, Jan. 16 at the under-publicized Middlesex vs. Catholics Shootout at O’Brien Rink in Woburn.

The five Catholic Conference schools will face off against five of the ML’s high-profile programs. The schedule:

These will be exclusionary games for Woburn and Winchester