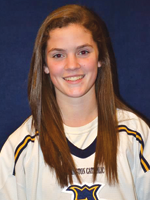 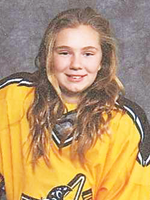 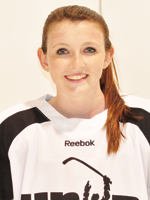 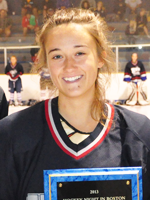 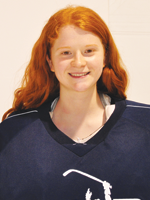 The 2012 D-1 state champs and 2013 state runnersup have established themselves as one of the state’s top programs. Coach Maggie Taverna reports that the Cougars have a positive outlook as the season starts, but will have to offset the loss of All-Scholastic goaltender Megan Messuri, who transferred to Northwood School.

Arlington Catholic will have an impressive stable of forwards, led by the dynamic duo of junior Jessica Piracini and junior Adrieanna Rossini. Jacqueline Sindoris, Duggan Delano and Danielle Kelly are three more capable offensive players. Senior Maddie Roberts will be a key part.

Sophomore Erin Healy will have a huge role on the blue line.

The young Cougars are looking to build on last year’s success, where the young club won two playoff games (including a shutout of Hingham). A strong core returns so this team could be capable of more this season.

The defensive crew looks solid with senior Maryanna DiRupo, and the sophomore tandem of Cally Chase and Jaime Cooke (11 pts) back for another season.

Goaltending play will be key as Shannon O’Neil has graduated. The job will go to Caty Flagg.

Three youngsters hoping to make an impact will be freshman Annie Richards and eighth-graders Olivia Finocchiaro and Elizabeth Holubiak.

Coming off a state title, the Spartans will look to their veteran defense and goaltending to continue that success. St. Mary’s will be very young up front. Coach Frank Pagliuca says he hopes to be competitive in every game. As usual, the Spartans have their tough schedule.

Defensive play will be strong, with senior Tatiana Doucette and senior Amanda Donahoe serving as cornerstones. Sophomore Vanessa VanBuskirk is also back and will be vital. Freshman Ashley Wojewodzic will have a role.

In goal, senior Lauren Skinnion will begin her third season as the starter in goal for St. Mary’s. Freshman Brittany McPherson is in the mix as well.

Armed with a veteran team, coach Mark McHale is looking for his club to go deep into the post-season, and be a serious challenger in the tough Catholic Central League.

On the blue line, seniors Michelle Monet and Marisa Gervasi are both four-year varsity performers. Junior Gen Grasso and sophomore Carolyn Drowne return as well on defense. Freshman Kyleigh O’Donnell looks to be in the rotation.

And in goal, Archbishop Williams is blessed with the return of senior Ashley Dallaire, a four-year starter between the pipes. 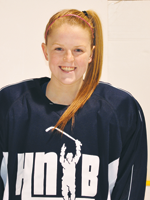 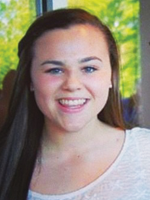 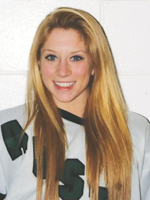 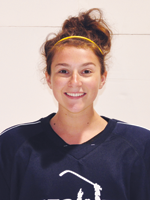 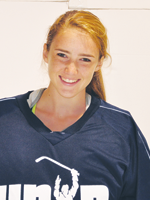