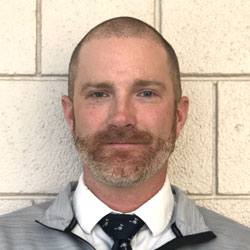 West Springfield (9-3-0) jumps to the top spot in the HNIB News Western Mass. Top 10 this week after wins over a ranked Amherst-Pelham team and Agawam.  The Terriers also split season series with previous No. 1 Longmeadow.  The Terriers have won four in a row.

Longmeadow (4-4-2) snapped a six-game winless streak on Thursday thanks to a 4-0 win over Agawam.  The Lancers have a chance to prove they belong back up in the top spot when they take on the defending Division 3 state champion Wachusett Mountaineers on Monday.

Westfield (2-5-5) played to another tie this past week, a 1-1 draw against East Longmeadow.

Minnechaug (5-4) ends their 17-day layoff when they return to action on Thursday in a big contest against Longmeadow.

Wahconah (7-2-1) had a nice two-win week earning victories over Greenfield and Southwick to move up a spot this week.

Amherst-Pelham (8-3-0) drops a spot after a hard-fought 1-0 defeat to now top-ranked West Springfield.

Chicopee (7-2-0) remains steady after dispatching Ludlow, 6-3, in their lone contest of the week.  The Pacers and the Hurricanes were poised for a big matchup on Saturday, but snow forced the rescheduling of that game to a later date.

Belchertown (4-3-1) falls to the No. 10 this week after dropping a contest to Chicopee Comp., 3-2.  The Orioles look to get back to their winning ways on Monday when they take on Amherst-Pelham.