Mass. Boys HS: St. Mary’s Lynn On The March To A Memorable Campaign

Now in his 35th season as head coach, Mark Lee frets that St. Mary’s has struggled to play a full game despite its lofty ranking.

Nevertheless, the Spartans (8-1-1), ranked No. 2 again in this week’s most recent HNIB News  MassachusettsBoys Division 1 Top 20  , have allowed the fewest goals (9) in the division as the season hits its halfway point.

St. Mary’s roared to an 8-0-1 start before hitting a speed bump in a 2-1 loss to Catholic Central Large foe Austin Prep this past Wednesday night. Still, first-place St. Mary’s maintains a three-point lead with four games to play in the league championship chase.

“We have struggled to put three full periods of hockey together. With the types of teams we play we can’t afford taking time off in games,” Lee stated via e-mail.

His resume is packed with 462 career wins, a Division One State title (2017), a handful of Division 1A Tournament appearances, and a slew of CCL championships. He was elected to the Massachusetts State High School Hockey Association’s Hall of Fame in 2017,

Lee does think the Spartans are in position for a potentially memorable year thanks to their terrific start. 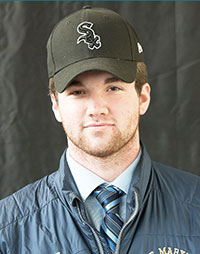 “At this point I think this team has at least met expectations and maybe even exceeded them. Having gone the first nine games without a loss and winning the Christie Serino Christmas Tourney (in December) really gave us a great first half,” he said.

Defense is an obvious strength. When senior goalie Sal Caruso (4-0-1, 0.80 gaa) went down with pneumonia, sophomore Owen Giangrande (4-1-0, 1.00 gaa) picked up the slack. Between them they have four shutouts.

Highly regarded sophomore Davis Kinne (3-7-10) ranks among the state’s premier defensemen and his brother, eighth-grader Harrison Kinne, has been a key contributor on the back end. Gritty seniors Chris Kolodziej and Alex Nazarian and junior Kory Ouellette bring a boatload of experience to a unit that has made it all but impossible for opponents to get a clear shot on net. 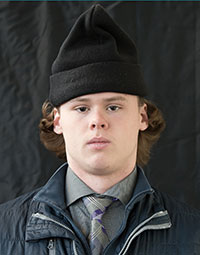 The offense is all about balance. Junior Kyle LoNigro (7-5-12), a JV player last season, is the scoring leader. Lee says freshman Brady Bullock (7-4-11) has played with great maturity and has a “really good hockey IQ.” The coach anticipates that junior Brady Carpenter (7-4-11) will “be a force in the second half. Senior Owen Maguire (3-7-10) and junior Colby Magliozzi (2-7-9) add to the offensive mix. 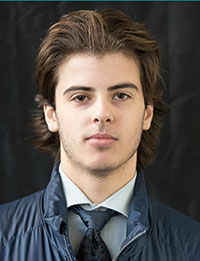 “We need to keep our philosophy the same: One game at a time and not to look ahead to any other games. In all my years of coaching I have never seen parity like I have seen this year. There has never been a year that shows any team can beat any team on any given night like this year,” Lee said.

Despite that closing gauntlet of opponents, Lee is crystal clear in how he would like to see the remainder of the season unfold. Being selected a Top Six Division 1A qualifier and avoiding the play-in round would be optimal.

“We want to be considered as a Super 8 contender and we want to win our last game,” he stated.

Which, you know, would result in a most prestigious State title.