The tradition is in place, an expectation of excellence established. Players come and players go but it seems of little consequence to No. 1 BC High (20-3-2). Coach John Flaherty’s clubs are always ready to rock and roll.

The two-time defending Division 1A Tournament and Catholic Conference champion Eagles return 14 players and remain perched atop our HNIB News pre-season Massachusetts Boys Division 1 Top 20 to start this season. You know, you have to beat the champ to be the champ… 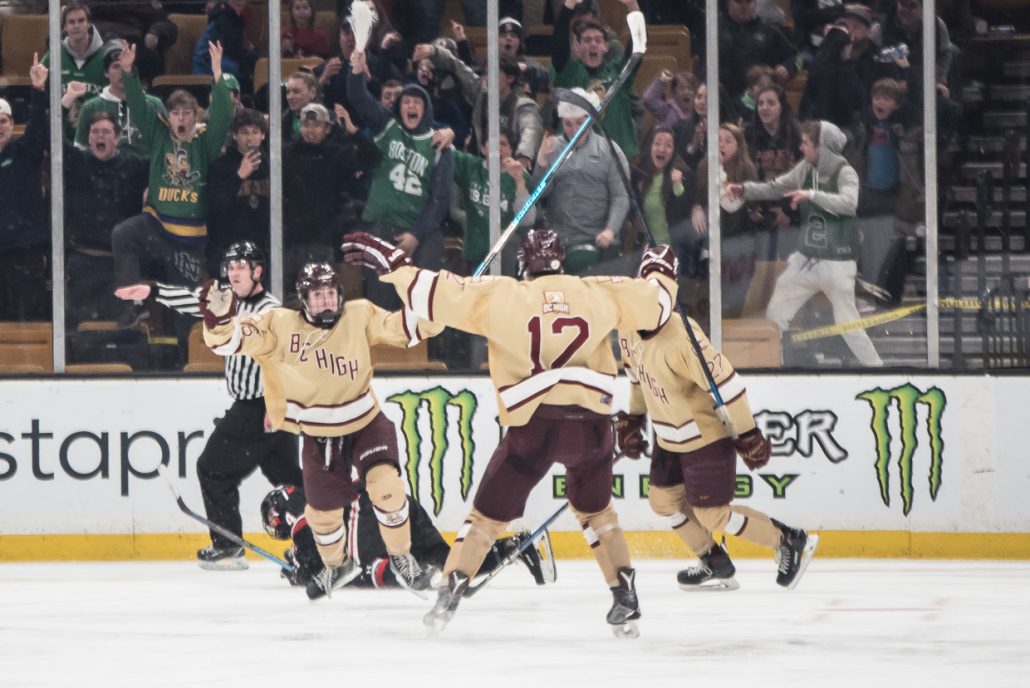 BC High is the defending Division 1A champion

No. 3 Pope Francis (18-2-3) may be bit younger than the teams that endured 1A OT title game losses to B.C. High each of the past two years but the Cardinals possess a difference-maker in junior goalie Ben Zaranek, a three-year starter.

Among the Publics, No. 4 Hingham (19-6-1) is perhaps the best at re-loading year in and year out. Although 14 seniors graduated from last year’s 1A semifinal squad, coach Tony Messina anticipates this club will be just fine.

No. 5 Framingham (17-5-2) is aiming for a return to the 1A Tournament. Senior Jake Handy, a Bay State Conference all-star last season, posted gaudy 1.35/.933 numbers and gives the Flyers the chance to win every time out.

Defending Division One State Champ No. 7 Duxbury (22-5-0) of the Patriot League may actually have arrived a year early last season under veteran coach John Blake. A dozen seniors return from that team looking for a repeat.

Perhaps no team has more depth than No. 9 Braintree (13-7-1) of the Bay State Hegert Division. The Wamps welcome back 21 players, including 10 forwards.

New coach Gino Khachadourian takes the reins for No.10 Winchester (17-8-0), a State Finalist last season. Senior forward Ryan McCarthy and junior goalie Robert DiVincenzo should rank among the very best at their positions in D1.

No. 12 St. Mary’s (16-5-1) returns 18 players with varying degrees of experience and is especially deep on defense.

No. 13 St. John’s Prep (13-8-3) of the Catholic Conference is younger than usual but is generally a quick study under veteran coach Kris Hanson and his staff.

No. 14 Catholic Memorial (14-8-1) will rely on impressive depth and features junior Captain Will MacNeil up front and senior Captain Kevin McCarthy on the blue line.

No. 15 Marshfield (14-7-2) will play an Independent schedule this season before joining the Patriot League a year from now.