The Lakes Region boasts last year’s prep hockey kingpin – Kimball Union. This season, the Wildcats will face some stiff competition in this league.

Looking to improve things is Brewster Academy (4-23-0), which struggled a bit last winter. Second-year coach Lem Randall is banking on some strong team defense and effective special teams play to make that happen.

Forwards who will play a big role this winter for the Bobcats include the senior trio of Brayden Morris (18 pts), William Vallee (17 pts) and Cole Moore (11 pts). New junior Niclas Rosenberg hails from Sweden.

On the blue line, junior Lenny Brochu (9 pts) is already a prep veteran and will key the defense. New sophomore Pete Stranger should be a vital part of the crew.

New junior Raphael Provencher from Quebec will be in the hunt for the starting goaltender’s position.

Holderness (15-14-1) finished just above the .500 mark and hopes to continue that upswing. The Bulls will have to replace goalie Logan Bateman and look for a more balanced two-way attack up front.

Up front, senior Alex Gagnon (30 pts) will be a kingpin offensively for coach Alan Thompson. Senior Ethan Bliss is back for another varsity campaign.A host of newcomers ready to go at forward are post-grad Alex Wisnes, juniors Kevin Pitts, Atte Aalto (from Finland) and Isaiah Fox, and sophomore Tim Manning.

Veteran senior Greg McGunigle (18 pts) is the cornerstone on defense. New senior Patrick Ault and junior Elijah Older, a transfer from KUA, will have key roles. Senior Josh Bliss has been a steadying influence on the blue line.

In goal, newcomer Connor Androlewicz looks to take over big minutes between the pipes. 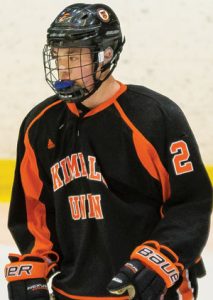 It was a banner season last winter for Kimball Union (32-5-2) and the Wildcats are ready to begin their quest for an encore. They will have to replace a lot of faces, including their top five scorers. 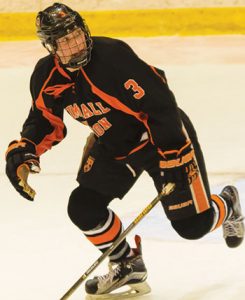 The blue line will be a strongpoint with Northeastern commit Jordan Harris (26 pts) and senior Bryce Folan (27 pts), who has committed to Holy Cross. Joining the defensive ranks are Devan Newhook and Christian Felton.

The Wildcats will have a returning starter in goal as Sean Dynan (.940 save %) is back for his senior year.

It could be an interesting year for New Hampton (18-13-3) which looks to be in the hunt for the Lakes Region title, as well as make some noise in the post-season. 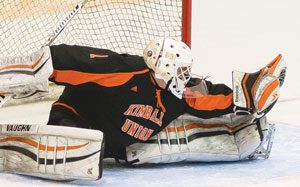 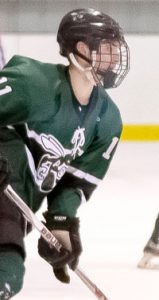 Also returning a strong group of forwards is Proctor Academy (17-12-1), which will have some big skates to fill on the blue line. 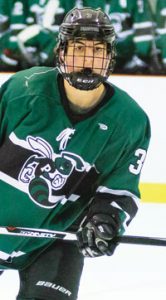 A strong nucleus up front will be led by seniors Ryan King and Cole Joslin, juniors Myles Abbate and Jack Swarbrick and sophomore Ronan Walsh. Post-grad Shane Sullivan brings good size to the lineup, while freshman Cooper Rice hopes to be a contributor.

Defensively, sophomore Aidan Torres will have increased responsibilities for coach Michael Walsh. The blue line crew welcomes Junior Delgado, a junior, and Colin Wojciechowski, a freshman, to the group.

Senior Devin Barresi, who some some good time last year, is a returning goaltender for the Hornets.

Expect the same hard-nosed brand of hockey at Tilton (18-12-1) this winter, where coach Brooks McQuade has a nice mix of returning veterans and newcomers at this disposal.

A trio of seniors – Jack Zangre, Gabriel Gagnon and William Dahlquist – will bring vital leadership to the Rams blue line.

Vermont Academy (11-18-3) is looking for good team chemistry and solid play in all three zones which will allow the Wildcats to capitalize on opportunities.

Coach Chris Davidson has a nice trio to lean on up front in senior Robbie Ferreira (40 pts) and juniors John Kondub (36 pts) and John Peloso (32 pts). Junior Nick Rashkovsky will be a welcome addition.

Post-grad Kevin Quirk looks for big minutes on the blue line, while new junior Dylan Regan will be in the goaltending mix.