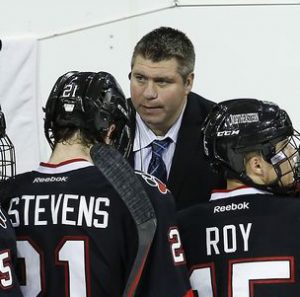 In his current position as Associate Head Coach at Northeastern University, Jerry Keefe can rely on a boatload of personal experience whenever needed, be it from his extensive playing career at all rungs of the hockey ladder, or a handful of previous college coaching stops.

As a player, Keefe played Massachusetts HS Hockey at Matignon, prep school hockey at Cushing, junior hockey in the USHL with the Omaha Lancers, and D1 college hockey at Providence College. Professional hockey stops included the AHL, ECHL and Europe.

Once he hung up the skates, assistant coaching positions at UMass-Boston and Brown preceded his current position with the Huskies, where he has helped head coach Jim Madigan build one of the top programs in the nation.

Keefe, a Billerica, MA native, played in four HNIB Summer Showcases during his time as a scholastic player. He was a Sophomore MVP at the 1991 tournament.

The coaching seed may have been planted early on for Keefe, even before his high school hockey career began.

“I was always a rink rat, hockey was my life,” he said. “I remember being 12-13 years old and the Hockey Night In Boston tournament used to be at the Stoneham Arena. On the weekend games went on all day. My mother used to drop me off at the rink around 10am and I would sit there and watch games all day. I had my magazine. I knew who all the players were, where they played. My dad worked on Saturday and he used to come and pick me on his way home. It was really big back then. All the best players were there.”

Who was a big help in getting Keefe started in his coaching career? None other than current Boston University head coach Albie O’Connell.

“I think I definitely wanted to be a coach at some point,” he said. “When I finally stopped playing, I had just got married. I was expecting my first child. We had moved back to Boston. I wanted to see how to get involved. Albie gave me a call. He had just worked a New England District Camp and said that Peter Belisle had just got the head coaching job at UMass-Boston. He wanted to know if I wanted to help out. It was a volunteer position. It worked out.”

Keefe joined the coaching staff at Northeastern for the 2011-12 season. The first two seasons on Huntington Ave. the Huskies were sub. 500 but have been .500 or better since. Northeastern earned an NCAA Tournament berth in 2016 and 2018 and won the Beanpot last winter for the first time since the 1987-88 season. This year, the Huskies currently rank #8 in the nation with a 15-5-1 record.

“The last 5-6 years we have kept building,” Keefe said. “We won a few championships and been to the NCAAs. It’s been fun. The culture we have built here at Northeastern is what I am most proud of. The type of kid we are getting. They want to be here, want to get better. They are here for the right reasons.”

The job of an assistant or associate head coach includes heavy involvement with recruiting. With talented players all over North America and Europe, coaches need to be sure they are getting the right player for their program.

Keefe says coaches have to break down what type of player they are looking for. Are you looking for a skilled play-making type of player, or a bigger, tougher power forward? It takes all types to make a successful team.

“You can’t have 23 of the same player,” he explained. “A team is built in many different areas. Character is the big thing. They must be a good kid. They need to have the passion to get better. From a hockey-playing standpoint, hockey sense is the big thing.” 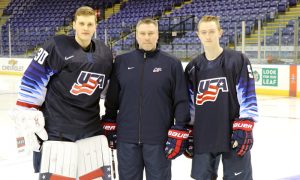 Just a few weeks back, Keefe was on the coaching staff of the USA National Junior team that gained the Silver Medal at the recent World Junior Championship in Vancouver.

“That was an awesome experience,” he said. “It was an awesome coaching staff with Mike Hastings as head coach (current head coach at Minnesota State-Mankato). It was great for me to sit back and learn from other coaches. It was an honor to represent the country. I played on the U17 and U18 national teams and it was nice to get back and be a part of the red, white and blue.”

Looking at Keefe’s success in the college ranks, the question begs asking: Do you aspire to coach in some capacity in the NHL some day?

“That’s a good question,” he said. “Maybe down the road it is something I will think about. But I really enjoy being at Northeastern and working with Jim. We have so many things going for us. The family situation is tremendous. To be able to be a part of watching my kids playing is great. I love the college game. I love the players we have. I love being a part of college hockey. Maybe down the road it will be something that would interest me.”

Looking back, Keefe has fond memories of his HNIB playing days.

“You got to challenge yourself against some of the best players around, and you got to play with some of the best players around,” he remembers. “I got to play with guys like Billy Pierce (BU) and Eric Peterson (Northeastern), two Burlington guys. It wasn’t really summer hockey. The games were very competitive.  A huge part of my growing up was playing HNIB.” 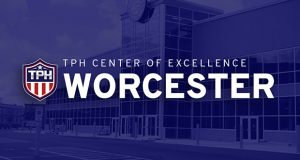 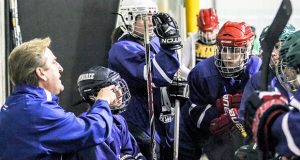