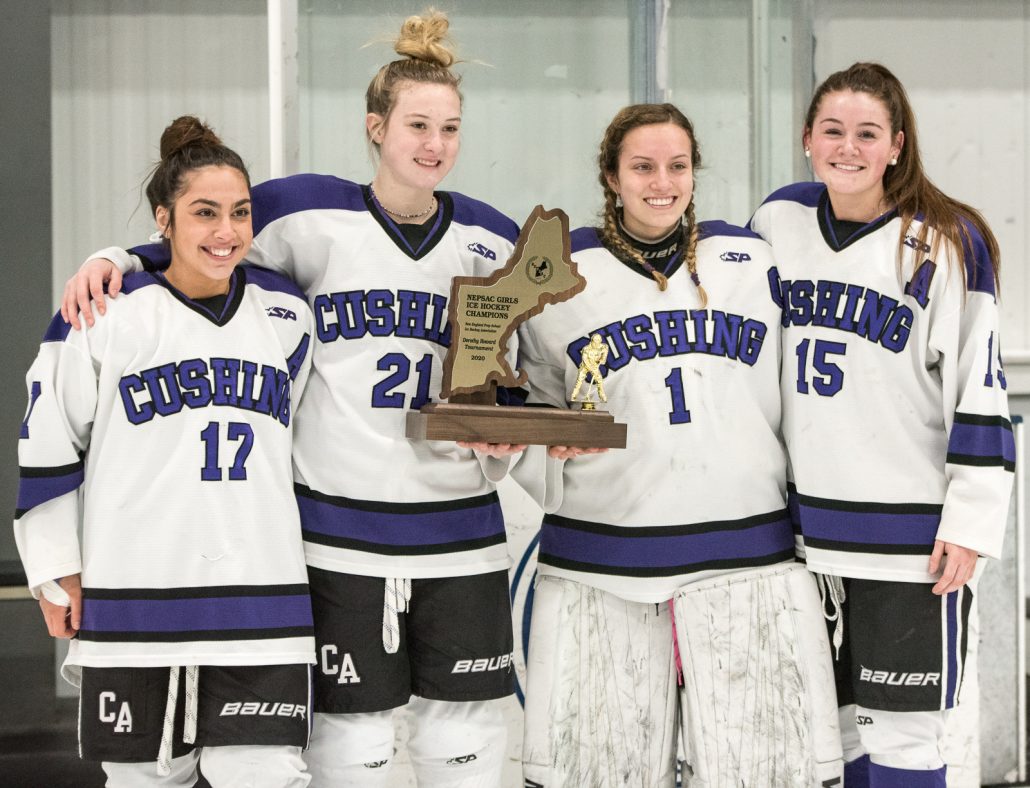 Cushing head coach Val Bono put it best following the Dorothy Howard (Small School) championship game Sunday, when she said her philosophy was “it’s not how you start, but how you finish.”

That pretty much summed up the season for her young team. The Penguins won five out of their last six regular season games just to qualify for the sixth and final seed, then proceeded to knock off the top three seeds to claim the inaugural Small School championship, defeating top-seeded Rivers 2-1 in the title game Sunday at Worcester Ice Center. 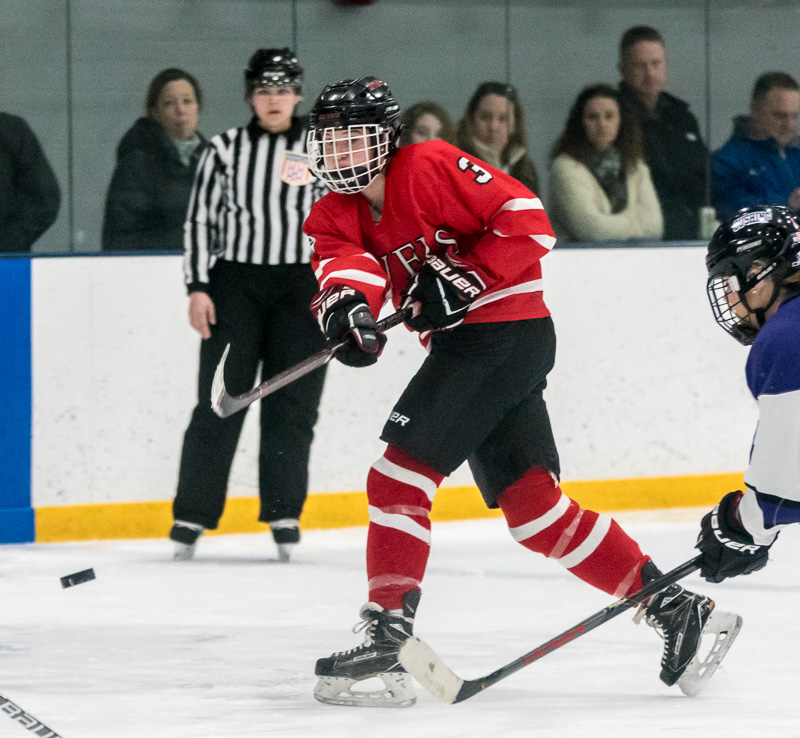 Along the way, Cushing also beat third-seeded St. Mark’s (6-3) in the quarterfinals and second-seeded Brooks (4-3) in the semifinals.

During the regular season, Cushing lost to all three of its playoff opponents, including a 6-1 loss to this same Rivers team back in early January.

“All year long people counted us out,” Bono said. “They never believed we had an opportunity to be in this position. But we stayed true to the system and stayed true to what we believe. I couldn’t more proud.”

This game may have ended 2-1 but there was plenty of offense, as the teams went up and down the ice with authority, creating several scoring chances. Rivers fired 31 shots on Cushing senior goaltender Sarah Potter, but the Waddy Rowe Tournament MVP stopped all but one. At the other end of the ice, Red Wings sophomore Eve Stone made 22 saves.

Despite each team having a 5-on-3 advantage, neither could score in a wide-open first period, which saw Rivers outshoot the Penguins, 12-10.

In the opening minute of the second, Cushing struck first. Mia Langlois slid a short pass from behind the net to Sam Taber on the top of the crease, and the freshman slid it home under Stone’s pad to give the Penguins a 1-0 lead. 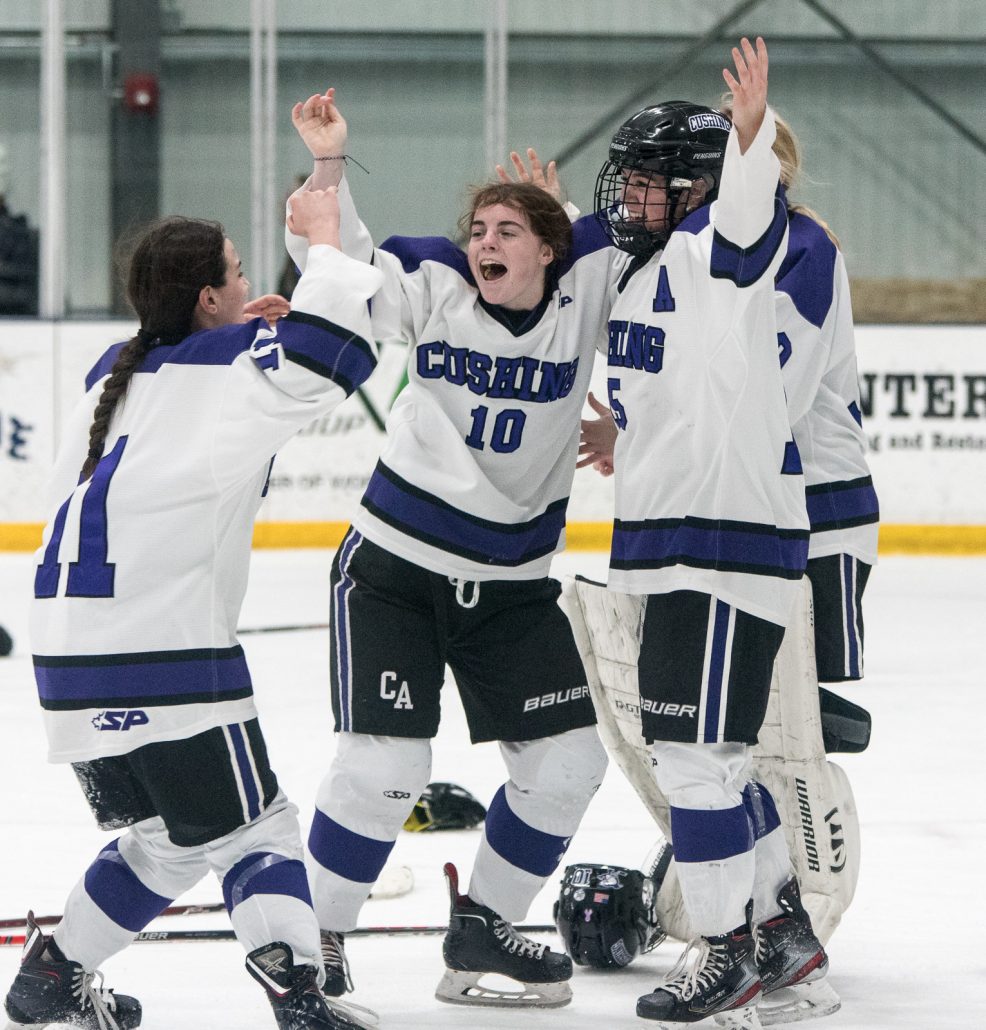 It stayed a 1-0 game until the 10:34 mark of the second period, when Rivers drew even. Margaret Barrow intercepted a pass in the right faceoff circle and quickly whistled home a wrist shot far side. Chloe Noxon was credited with an assist on the play.

Later in the period, Cushing was applying some serious offensive pressure when Langlois, stationed at the left post, found the puck on her stick and tucked it home, giving Cushing a 2-1 lead.

Rivers killed off a penalty late in the period and coach Dana Travigno pulled Stone for a sixth attacker with 1:50 to play. The Red Wings had some offensive zone play but couldn’t get that glittering offensive chance. They had a 6-on-4 advantage for the final 12.2 seconds when Cushing was whistled for a penalty, but couldn’t get a shot off before the buzzer sounded.

For Cushing, with the core nucleus of the team slated to return next winter, this title could be the start of something big.

“We’re not done yet,” Bono said. “Titles are great and banners are awesome, and that is what our goal is. But, there is still a lot of development to do. We want to continue to grow and get to that Elite 8. That is our next goal.” 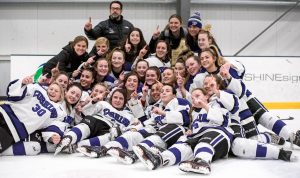 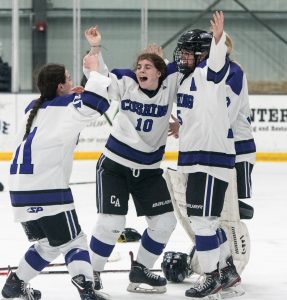 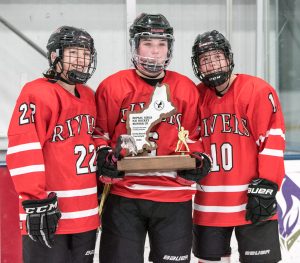 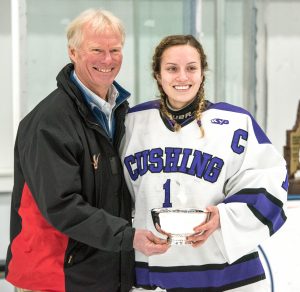 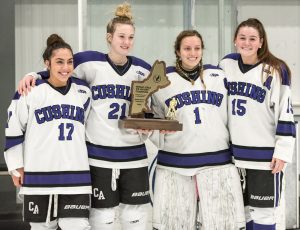