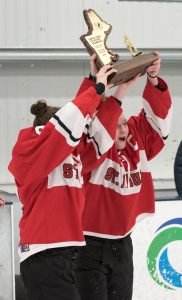 The win came on the heels of an 8-0 semifinal win over Worcester Academy.

The Pelicans set the tone early in this one, taking a 1-0 lead just 34 seconds into the contest. Co-captain Tiffany Hill was sent in alone off a pass from sophomore defenseman Jade Arnone and she flipped one past Choate goaltender Lexi Secreto short side.

While on a power play at the 4:26 mark of the first period, St. Paul’s grabbed a 2-0 advantage. Co-captain Natalie Tulchinsky got this one, set up perfectly at the left post with a pass from up high from Grace Martin.

Choate got its offense going in the second period and got some chances on Pelicans goalie Abby Matusovich, the best coming late in the period off the stick of Christina Tournas. 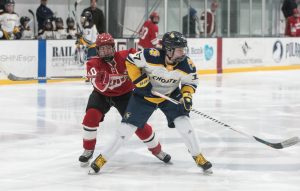 Tournament MVP Gaby Roy scored a killer goal as far as Choate was concerned, giving St. Paul’s a 3-0 advantage with just 2.2 seconds left in the second period. It was an unassisted tally and the first of Roy’s three goals on the day.

Roy’s second of the game, coming at 2:54 of the third period, made it 4-0. The senior made a sleek move into the slot from the left side, deking the goalie and depositing a backhander.

At 13:46, Eliza Farriss was awarded a penalty shot after being hauled down on a breakaway bid and she converted to make it 5-0. Roy completed her hat trick at 14:07 with a power play goal, assisted by Farriss and Martin.

Choate had advanced to the title game with a 2-0 semifinal win over Milton Academy. 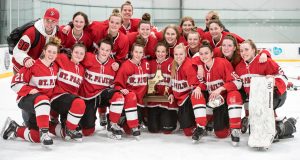 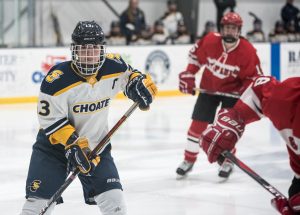 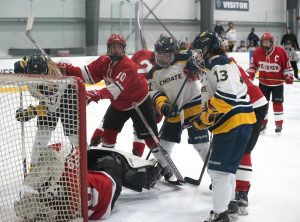 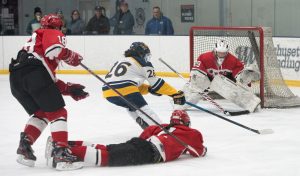 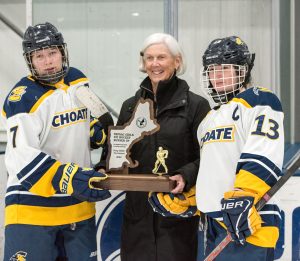 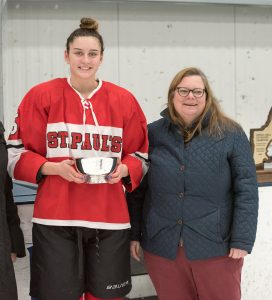