The 2019-2020 Girls Prep hockey season will feature a big change. No longer will teams be designated Division 1 and Division 2. All teams will be in the same division, and there will be three post-season tournaments, instead of two. 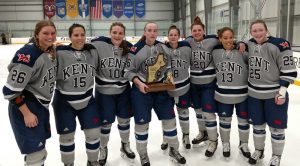 This is currently how things are done in Boys Prep School hockey, a move that was made on the boys side starting with the 2008-2009 campaign. 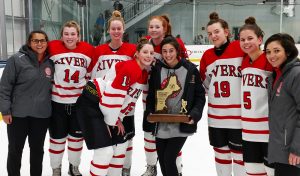 The three title games will be held on Sunday, March 8th, 2020 at the Fidelity Bank Worcester Ice Center.

“We made the change to go to one division for a variety of reasons,” said Christa Talbot-Syfu, the co-president of the New England Prep School Girls Ice Hockey Association (NEPSGIHA) and head coach at Willston Northampton. “(One is) to allow every game to be weighted the same therefore allowing teams equal opportunity to schedule opponents. Also, to provide more access to the tournament.”

This season, a total of 20 teams will now participate in a post-season tournament and vie for a championship.

Here is the breakdown for this year: