* D1 #1 Tabor got a pair of goals each from Julia Shaunessy, Annie Berry and Ashley Clark in a convincing 8-1 win over St. Mark’s. The previous evening, the Seawolves blanked Lawrence Academy, 8-0, getting goals from seven different players.

* In a battle between D2’s top team – Brooks and D1 #3 Nobles, it would be the Bulldawgs coming away with the win, taking a 3-1 decision behind goals from Courtney Hyland, Katie Pyne and Emmy O’Leary.

* Pingree picked up a nice win, edging Tilton 4-3 with goals from Kate Clarke, Adelaide Fenton, Kate Hill and Elizabeth Zelten, as well as 38 saves in goal by Callie McLaughlin.

* Phillips Exeter notched a big win in its quest for a D1 playoff berth, edging BB&N 3-2. Jenna Brooks scored two goals and Alyssa Yu had the other. Jill Cloonan chipped in with a pair of assists. 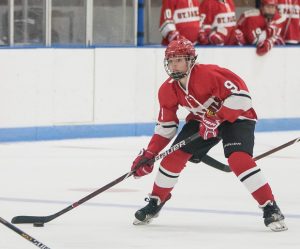 * Dexter Southfield edged Middlesex 1-0 with a goal from Maddie Doyle and shutout goaltending from Lily O’Neil.