– A goal in the final minute by Christina Halloran was the difference as Deerfield downed Phillips Andover, 2-1. Aurora Devereaux also scored for Deerfield. Lily Feeney had the lone Big Blue goal. 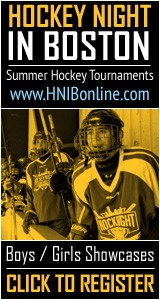 – Northfield Mount Hermon got a hat trick from Nicole Unsworth and two goals from Stephanie Voge in a 5-1 win over Pomfret. Kaela Thomson had Pomfret’s goal.

– Two goals from Maura Holden and one each from Tori Palumbo and Gabby Jones propelled D1 #3 Williston to a 4-0 win over Hotchkiss.

– Goals by Molly Flanagan and Mia Brown were enough for D2 #3 Kimball Union to slip past Governors Academy.