* Choate stunned Kent in Division 1, getting goals from Sabrina Kim, Kaitlyn O’Donoghue and Isabella DeLuca in a 3-1 win.

* In Division 2, #1 Brooks picked up a huge win over #4 Worcester Academy, beating the Hilltoppers 4-2 with a pair of goals from Caroline O’Keefe and single tallies out of Carly Stefanini and Quinn Healy.

* Goals by Rose O’Connor, Katie Pyne and two from Courtney Hyland powered D1 #3 Nobles to a 4-0 whitewash of Lawrence Academy. 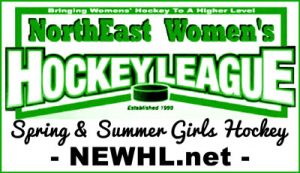 * Two goals by Jenna Brooks and one each from Alyssa Xu and Abby Smith powered Exeter to a 4-2 win over Tilton.

* Phillips Andover held off Cushing, 3-1. Anna Bargman, Kelly McCarthy and Lilly Feeney each had a goal for the Big Blue.

* D1 #4 Loomis Chaffee stayed hot, blanking BB&N, 2-0. Elinor Keehn made 28 saves for the shutout while Abby Kuhns and Chloe Berringer had the goals. Loomis is now 6-0-1 in its last seven games.

* Vermont Academy shut out Hoosac behind the three-goal, two assist performance of Jaz Creamer. Kristina Kaltounkova had a goal and two assists, recording her 100th career point in the process.

* Cat Appleyard scored both goals and Annie Hauser was solid in goal in Berkshire’s 2-1 win over Gunnery.

* Morgan Trimper had all four goals in Taft’s 4-0 win over Canterbury.