– D1 #1 Kent had a bit of scare, but two goals from Alexis Banquer and one from Keely Moy enabled the Lions to edge Gunnery, 3-2. 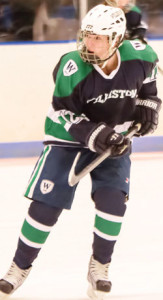 – D1 #2 Williston had a much easier time, taking a 7-1 win over Deerfield. Meg Rickard had two goals and Hannah Touzos, Lizzy Sheline, Gabby Monaco, Izzy Tegtmeyer and Lauren Helm all had single tallies.

– Pomfret picked up a 2-0 road win at Milton Academy. Alex Wallin had both goals for the Griffins, who have a key makup game on Friday at Tabor.

– In a game with playoff implications, Phillips Andover scored a big 3-1 win over Westminster as Kelli Mackey, Kaitlin Hoang and Anna Fucillo had goals for the Big Blue.

– Loomis Chaffee picked up a key win, holding off Northfield Mt. Hermon, 3-2, on the strengths of goals from Linda Essery, Trina Hong and Shannon Strawinski.

– It was also a big win for New Hampton in the Huskies quest for a playoff berth, as two goals from Allie Monroe and one from Taylor Curtis were key in a 3-1 win over Kimball Union.

* Girls Prep tournament pairings in Divisions 1 and 2 will be annouced on Sunday. Check hnibnews.com for pairings.