Coming into Sunday’s Girls Prep Elite 8 (Chuck Vernon Tournament) championship game, top-seeded Nobles had allowed just 24 goals in 32 games, going 31-0-1 in those contests. There weren’t many times during the season the Bulldawgs found themselves behind.

But, when Andover’s Gwyn Lapp fired home a wrist shot at 1:13 of the second period, Nobles was in unchartered waters. Despite playing well, Nobles was staring at a two-goal deficit for the first time all season, and, against an opponent that had caused the lone tie on its record and came into the game with some confidence.

The Bulldawgs were able to handle the adversity, though, thanks to some senior leadership. They would score four goals before the second period ended, and then held off the Big Blue’s final assault in the third period for a 5-4 win and Girls Prep hockey’s first Elite 8 championship. 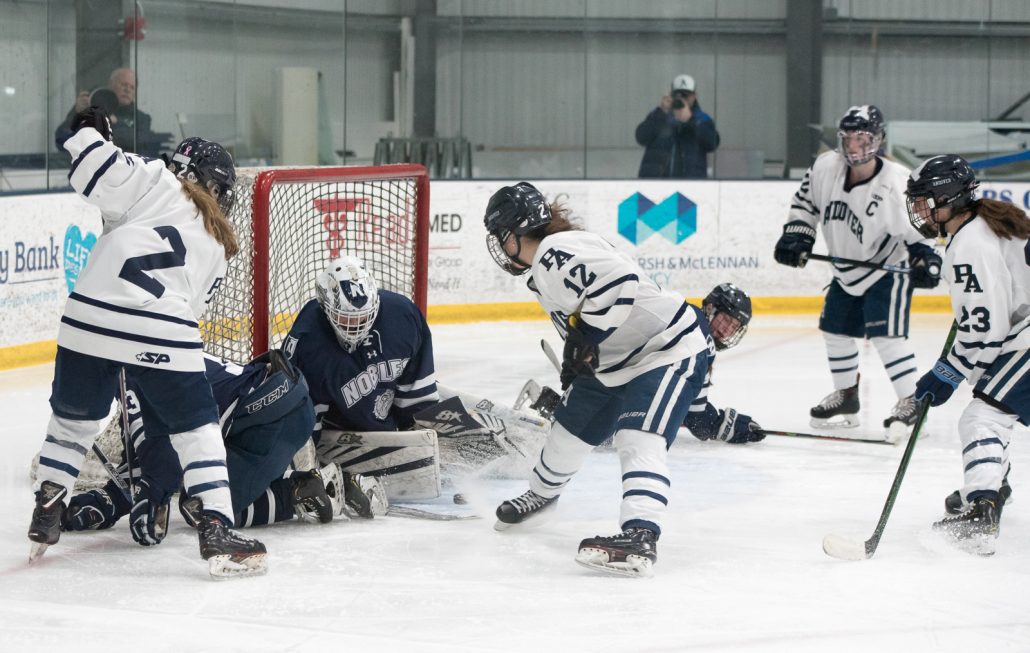 “That is the first time we have been down 2-0 all season,” said Nobles assistant coach Keith McLean, who ran the team in the absence of veteran head coach Tom Resor, who had a family obligation, but made a triumphant return to the arena during a frenetic final 35 seconds of action. “But this group is so resilient and tough. They never give up. I never really worried about it because of the character of this team. Our three seniors did a great job of keeping everyone composed and focused. They knew they still had two-thirds of the game left to go. No one panicked. They kept working hard and that is how they crawled back into it.

A little less than four minutes after Lapp had given Andover the 2-0 lead, Nobles got on the board when Emmy O’Leary stole the puck in the slot, swooped in and fired a wrist shot over the blocker of Andover goaltender Sophia Mirageas, who finished with 29 saves.

At 8:11, Noble drew even on a brilliant individual effort be Maeve Connolly. The senior went coast-coast, got around the defense and fired it home. The ‘Dawgs were right back in it at 2-2.

Andover went on the power play minutes later, and forged back ahead 3-2 at 11:20, when former Nobles defenseman Rose O’Connor fired a wrist shot from the point that hit the top corner. Anna Bargman and Olivia O’Brien had assists on the goal. 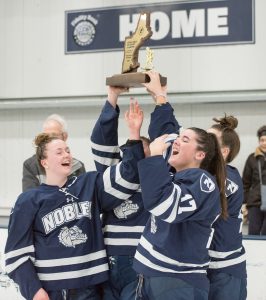 Again, Nobles stayed determined, and just 38 seconds after O’Connor’s goal, tied it back up again at 3-3, as a nifty feed from Kate Ham found an open Katie Pyne at the right post. All Pyne had to to was tap it in the open side.

The crazy second period continued. The Big Blue went on the penalty kill and just eight seconds into the advantage, the Bulldogs grabbed their first lead of the game at 4-3, when Cassidy Piersiak blasted home a rocket from the blue line.

Nobles got another power play opportunity early in the third period and cashed in again. It again would be O’Leary, as the sophomore banged home the rebound of a Piersiak shot at 1:58 to make it a 5-3 ballgame.

One would think that goal would have taken the wind out of Andover’s sails, but the Big Blue did not go away. At 4:38, Lapp took a pass from Lily Feeney, cut into the slot and deposited a backhander past Nobles goalie Taylor Hyland to bring the Big Blue back to within one at 5-4. It would be the sophomore’s third goal of the game, having given the Big Blue a 1-0 lead in the first period.

But, Andover couldn’t get the equalizer, despite have three power plays. 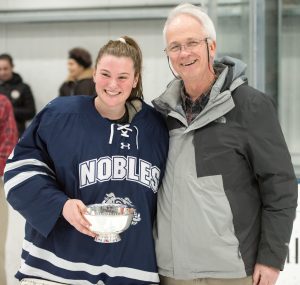 Nobles goalie Taylor Hyland was named Tournament MVP, presented by Chuck Vernon, who the tournament is named after.

“This a young group, just three seniors,” said Resor, who made it back from a family wedding just in time to see his team clinch the title. “But, a lot of the kids have played a lot of hockey and know how to play it. We have a lot of really good athletes and they came through when they needed to.”

It was ironic that Sunday’s opponent for Nobles was Andover, which tied the Bulldogs 1-1 and kept them from having a perfect season.

“I have always felt that if there is a team that you lost or tied early in the season, that is a team you would like to play in the playoffs,” Resor said. “It gives you a little incentive. It was disappointing for Andover but they had a great season. When you get to a tournament, only one team is truly happy at the end. But all eight teams that were there wouldn’t get there without having a great season.”

Andover finishes its campaign at 18-8-1.

Stay tuned for our recap of the Chuck Vernon Elite Girls Prep Championship between Andover and Nobles! 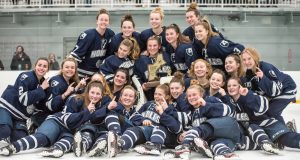 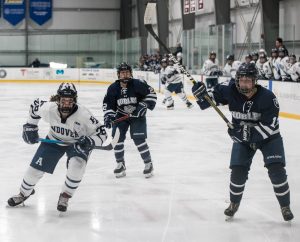 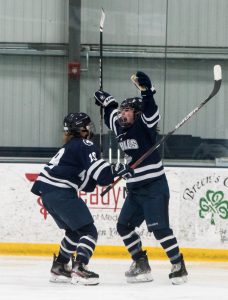 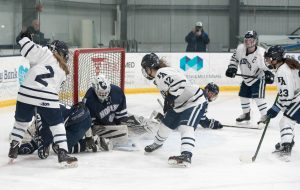 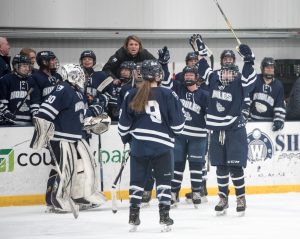 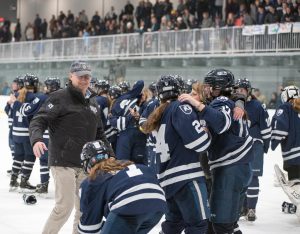 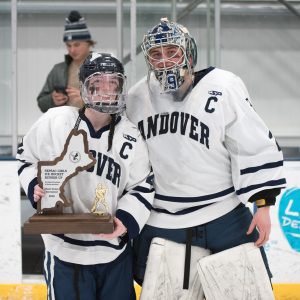 Nobles goalie Taylor Hyland was named Tournament MVP, presented by Chuck Vernon, who the tournament is named after.