The Girls Independent School League continues to churn out championship contenders, boasting three of the four New England finalists a year ago, including both champions.

The other finalist was Brooks (17-9-1), which should be amongst the frontrunners again this winter, with the majority of last year’s club back.

An early-season trip to Minnesota (where they will play Shattuck St. Mary’s) and a game in January against Nobles at Fenway Park highlight the schedule for BB&N (15-11-2), which will be in the mix for a D1 playoff spot.

At forward, seniors Shannon Griffin (36 pts) and Kate Piacenza (16 pts) will be catalysts. Among the newcomers looking to compete for coach Ed Bourget are sophomore Jori Balsam and freshmen Jenna Hallice and Maya Mangiafico.

A pair of freshmen – Victoria Kennedy and Danielle Bernstein – look for time in the nets for BB&N.

A late-season swoon quickly ended the playoff hopes of Governors Academy (8-15-0) last season,  Eleven players are back, including six seniors, that want to make sure that won’t happen again.

Groton (12-14-0) looks to make some noise amongst the Division 2 teams in the loop with a solid returning core.

On defense, senior ChaCha McLean and sophomore Bridget Cornell are key returners. Look for freshman Emma Beard to have a role.

With its top three scorers back, Lawrence Academy (13-11-4) should be able to score. The key will be a young defense and goaltending play.

Lawrence will go with a pair of new goalies in junior Maddox Angerhoffer (a transfer from St. Paul’s) and sophomore Shelby Guinard.

Things should be on the upswing at Middlesex (4-17-0), where a talented group of new younger players will bolster the roster.

The Zebras have junior Itsy Seeman and sophomores Lily Jarrett and Ang DeVellis back on defense. Freshmen Nicky Roark and Riley Galizio will look for time.

Milton Academy (16-12-0) made some great strides last winter and got itself a playoff berth. Hope is to return to the post-season again in 2017.

Coach Ryan Stone will rely on the senior duo of Jen Costa (24 pts) and Maria DiMartinis (22 pts) to spearhead the Mustangs offense. Sophomore Christine Cadigan is another key returner up front. 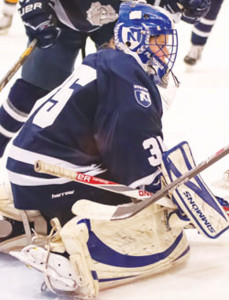 Defending Division 1 New England champion Nobles (31-1-1) has a good group back from a team that finished the season on a 31-game winning streak. 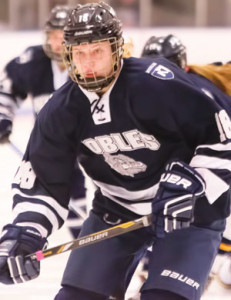 The Bulldawgs also return junior Kelly Pickreign between the pipes.

Despite having a big group back, Rivers (13-8-1) will be on the young side. But, the Red Wings will be talented.

The Division 2 New England champion was St. George’s (17-7-1), which hopes to plug in to fill some key losses and keep the momentum of last season going for another year.

Defense should be a strongpoint for the Dragons with the return of seniors Carolyn Drowne (16 pts) and Hayley Doneghey, and junior Madi Aumann.

St. Mark’s (15-7-3) had a good amount of success last year, and if the team can remain disciplined in the defensive zone, the Lions could challenge for a playoff spot.

Junior Lizzie Provost will have a key role on the blue line. New sophomore Bailey Horne will have a role.

And in goal, freshman Lydia Rascher hopes to see a lot of time.

One season removed from a D1 New England title, St. Paul’s (18-6-1) returns a solid core, and has an impressive cast coming in, meanding the Pelicans will be tough to beat.

Senior Finley Frechette and senior Isabel Stoddard will be looked upon for leadership up front. New junior Brianna Hill, and a quartet of promising freshman – Gabby Roy, Natalie Tulchinsky, Eliza Farriss and Tiffany Hill – will give coach Heather Farrell a lot of options.

Senior Peri Donaldson is primed to take over as full time goalie for the Pelicans.

Thayer (10-12-1) has seen some good improvement the past couple of seasons and coach Brian Cibelli is looking for that trend to continue.