The defending EIL champs at Berwick (16-9-0) ran the table in league play last winter. Of their nine overall losses, seven came by one-goal. New head coach Kelly Souza, formerly an assistant, feels the team can learn from those defeats.

Sophomore Sophie Beauchesne is a returning goaltender for Berwick.

A playoff team last winter, Canterbury (17-7-2) is primed for another return to the post-season, but will have to replace two New England D2 all stars in the process.

Taking care of things defensively for the Saints will be senior veterans Emily Martino (28 pts), also a vital cog in the offense, and Kara Santoro.

Senior Chelsea Allen is back in goal, where she saw the majority of action last winter for Canterbury.

A solid recruiting class will be a plus for Gunnery (10-13-2), which should be a playoff contender once again.

Hebron (10-12-0) will have a small bench, so getting ahead early in game could be a key for the Lumberjacks.

Looking to take a step up will be Holderness (9-12-3), which will be under the direction this winter of new head coach Katie Mandigo.

A host of forwards are back for the Bulls, which should help the transition. Returning are seniors Nicole Johnson and Mary Nunges, juniors Vanessa Maldonado, Grace Parker, Bridget Pope and Elise Yabroudy, and sophomores Darby Palisi and Lauren Steele. New senior Camille Ketola, sophomore Morgan Sisson and freshman Katrina Grzeszczuk add to the group.

A strong incoming class greets new coach Kim Nanof, back for her second head coaching stint, at Kents Hill (3-13-0), where the team only has three seniors.

The offense will be led by returners Leah Dufour (senior), Tessa Schaefer-Flynn (junior) and Hannah Johnson (sophomore), teaming up with newcomers Megan Czerwinski and Amelia Therieault, both sophomores.

Senior Kerri McKinnon could play a key role on defense, or up front. New junior Kassidy Lyons will be vital.

There is also a new coach at Kimball Union (12-13-2), where former Dartmouth College head coach Mark Hudak takes over the program. He hopes the Wildcats can build on last winter’s strong finish.

If they can outwork opponents have some good team energy, Millbrook (8-10-1) should have a solid campaign.

Up front, Taylor Ham (22 pts) is back for a post-grad year. Junior Kerry Carr (12 pts) is another key returner for coach Ana Spinella. New forwards to the program include sophomore Emma Gotthelf and freshmen Devyn Farrell and Baily Tymeson.

Junior Kaitlyn Pike and freshman Elise Almgren will be key on the blue line for the Mustangs.

North Yarmouth Academy (2-19-0) is looking to pick up a few more victories this winter. Although numbers will be small, the Panthers are hoping to capitalize more on offense.

A key to the offense for coach Amy McNally will be sophomore returner Emily Demers.

Senior Gabby Linscott will log a good chunk of minutes on the blue line, joined by new rearguards Caroline Gepfert and Hannah Twombly, both freshmen.

In goal, senior Savannah Shaw returns with experience, which will be a plus.

Jim McLaughin returns to the bench at Pingree (5-16-0), which looks to rebound from what was a challenging year last winter.

Senior Abby Dirks is back at forward and will be a captain, coming off an injury-plagued junior season. Sophomore Rachel Tammaro also returns up front. A pair of freshmen, Katelyn Clarke and Addie Fenton, should step right in and have key roles.

Senior Rowan Sullivan and sophomore Alex Robertson will be crucial on the blue line for the Highlanders, while senior CeCe Purcell is back for another season in the Pingree nets.

At Portsmouth Abbey, (10-9-3) new head coach Kevin Morrissey will have a senior-laden club that hopes to make a run at a D2 playoff berth.

Senior Kaity Doherty and junior Abbey Luth will be offensive leaders for the Ravens.

Usually amongst the top tier teams in Division 2, Proctor (25-8-1) once again will be in the mix to grab a playoff berth.

The Hornets will be experienced up front with the return of senior veterans Addy Shannon, Haley Parker and Bridget Fagan, and junior Emma Brophy.

Rye Country Day (4-13-0) will have a very young team, according to new head coach Elizabeth Bennett, who formerly has coached at Culver Academy and Winchendon.

Hoping to chip in are eighth-graders Lexi Secreto (goalie) and Caroline Appleyard (forward).

New head coach Charlie Capone is excited for the season to start at Southfield (11-12-2), where he has a good group back with a year’s more experience.

Forwards back are seniors Sam Nelson and Carleigh Capone, and juniors Jillian Olevitz and Nicole Stanton. New sophomore Karly Aguirre will look to open some eyes.

Juniors Meg Doherty, Vivian Murphy and Nicolle Stanton are back on defense, which will welcome new sophomore Caroline Werner.

Junior Kelly Lavelle, back for her third season, will give Southfield some quality goaltending once again.

With a lot of new faces, a big challenge for coach Ben Tefft at Tilton (3-19-2) will be team chemistry. There is also a solid group of returners which has the Rams poised to take the next step.

Junior Tia Raspante brings her experience back on the blue line. Two new sophomores – Ashlyn Brown and Cassandra Nevers – should help out the cause.

Both goalies return as well for the Rams in senior MaryClare Hanley and junior Ally Joly.

Just one player graduated at Vermont Academy (8-18-3), so that will be a positive heading into the new season. Recruiting efforts focuses on the blue line, as the Wildcats dropped a bunch of one-goal games.

Offense will be led by senior Chloe Aurard (39 pts), who has committed to Northeastern. Junior Lotti Odnoga (23 pts) is adept at either forward or defense. New junior Anna Connerty will help the attack. 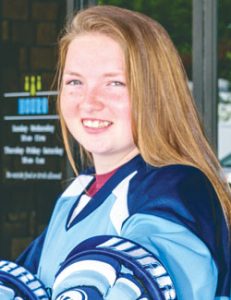 The goaltending chores will go to senior Anais Aurard and sophomore Sarah Jacobelli, both returning from last winter’s club. 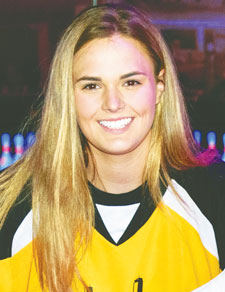 Solid in all three zones, Worcester Academy (20-6-3), a playoff team that last two winters, should be right there again this year.

Seniors Taylor Brown (25 pts) and Sydney LaPointe (15 pts) are back at forward for coach Kevin Zifcak, as is junior standout Micaela Sindoris (44 pts), who recently committed to Northeastern.

Senior captain Alexis Cooper and Molly Norton will be the book-ends on defense for the Hilltoppers. Senior captain Julia Pelletier is ready for a big year between the pipes.