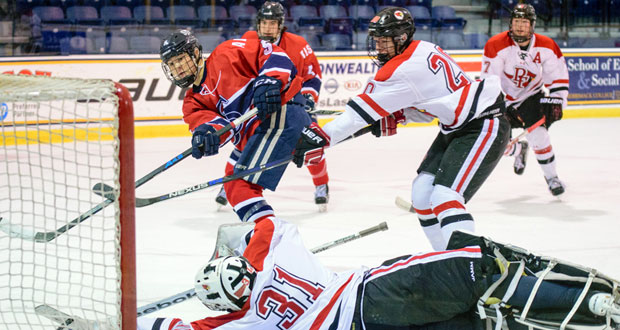 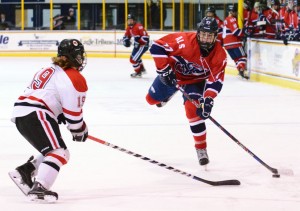 The tournament is a fundraiser for ALS. Pope Francis (then Springfield Cathedral) won last year’s inaugural event. All four of this year’s participants are HNIB Top 10 clubs.

Senior forward Danny Tighe staked the No. 1 Eagles to a 1-0 lead in the first period and Edson doubled the margin early in the second. That was more than enough of a cushion for senior goalie Kyle Martin, although No. 3 Pope Francis junior forward Riley Prattson made it interesting when he connected for the Cardinals’ lone goal with just under 10 minutes to play.

No. 2 B.C. High continued to impress as it raced past No. 9 Central Catholic, 8-2, erupting for four third-period goals in a dominant performance. Billy Roche and Kayser Raei potted two goals apiece for the Eagles, who improved to 4-0-1. Central is 4-1-1.