With the regular-season finish line (Feb. 23) in sght, the final month is all about maximizing point totals and improving playoff seeding. 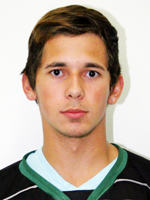 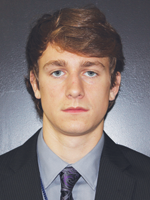 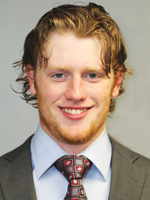 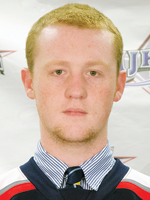 The regular-season crown is there for the taking for the Connecticut Oilers (22-11-2-1), who held second-place New York Bobcats at bay with a split this past weekend. A split of their remaining eight games – including one more vs. the Bobcats – should just about do it for the Oilers. The forward quartet of Joe Widmar, Jay Heinle, Tommy Nolan and Ryan Fitzgerald has accounted for 64 goal and 148 points while Drazen Zack (6-23-29) and Manny Manns (9-19-28) are the highest-scoring pair of defensemen. Josh Sarlo and Chris Bastone will handled the goaltending duties the rest of the way.

While the New York Bobcats (18-12-4-1) still have designs on the division title and top three seed, they must also be wary of the three teams bearing down on them from behind. Goalies Gabe Grunwald (2.83, .918) and Justin Kapelmaster have been a stout pair all season. Forward Steven Esposito (9-15-24) and defensemen William Campion (8-16-24) share the team scoring lead while forward Lucas Brown (11-12-23) and defenseman Sean Kacerosky (10-10-20) are the lone double-digit goal-scorers.

The Wilkes-Barre/Scranton Knights (16-14-6-1) likely don’t want home ice advantage for the playoffs thanks to sub-par 5-8-4-1 results in their own barn. Forwards Dan Perez (17-14-31), Matt Cessna (12-17-29), Chris Deming (11-9-20) and Gaven LaValley (20 points) pace the offense. Oskar Gerhardson and Quinton Neville have become the top defensemen in front of a trio of goaltenders, Matt MacInnis, Daniel Ernandes and Patrick Kerney, who have combined for four shutouts.

New York Applecore (17-17-1-2) epitomizes a .500 team at minus-5 differential and home/away records that are essentially reversed. Forward Rikard Keussen (14-29-43) has been a going concern all season, supplemented nicely by forwards Cale Schoenberg (21-10-31) and John Ganss (29 points) and defenseman Frank Sherding (29 points). Goalies Luke Andriuk and Blake Wojtala are likely continue to sharing time in the post-season.

The Walpole Express (11-16-6-2) have been driven all season by assist machine Frankie Cefalu, the league leader with 37 dimes. Forwards Garrett Reilley, Matt Gaetz and Max Bartell have added 42 goals and 75 points. Cam Hainey is the top defenseman and goalies Kyle Shapiro (.916) and Evan McCarthy (.917) continue to share equal cage time.