The road to the Frozen Finals has officially begun with the start of the 2021-2022 Eastern Hockey League season. Several teams managed to sprint out of the gate with multiple wins, and a couple of new faces around the league have made an immediate impact for their respective teams.

Let’s take a look around the league for this season’s first weekly roundup.

Only two of the five teams in the East Division have started their season, but both teams are off to a 2-0-0 start. The defending champion Boston Jr. Rangers kicked things off with a 3-2 overtime win against the Seacoast Spartans, and rookie Julian Boisclair scored the game-winning goal 38 seconds into the extra session. Two days later, they won the 2021 Frozen Final rematch against the New Hampshire Avalanche by a score of 3-2. After giving up the first goal, Boston responded with three straight while goaltender Chris Jackson stopped 39 of the 40 shots he faced.

The Valley Jr. Warriors also picked up a pair of victories, starting with an 8-0 win over the Maine Eclipse on Friday. Following up that win, the Jr. Warriors overcame a 2-1 deficit with three third-period goals in a 4-2 victory over the New England Wolves. Jr. Warriors head coach Ryan McGrath was pleased with his team’s performance, but also kept his focus on the week ahead.

“It’s a good confidence booster for the players. We have two huge challenges coming up this week, both of them on the road, in Vermont Wednesday (Lumberjacks) and the East Coast Wizards on Friday. We have lots of work to do to get prepared,” McGrath said. 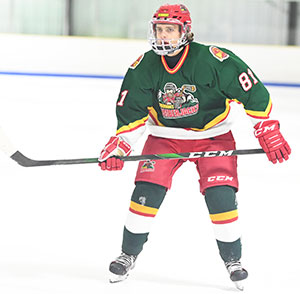 Like the Jr. Rangers and Jr. Warriors, the Vermont Lumberjacks are off to a 2-0-0 start, plus they scored an eye-opening 22 goals in that time. Vermont swept the Maine Eclipse this weekend with a 14-1 win on Saturday and an 8-1 victory on Sunday. Aidan LaValley, who scored eight goals with the Lumberjacks all of last season, already has six in his first two games this year.

Prior to the NH Avalanche‘s loss against the Jr. Rangers, Chris Cerella’s squad opened up the season with a 7-0 win over the Spartans. Framingham, Mass. native Michael Tersoni marked his EHL debut with four points, picking up two goals and two assists in the win. 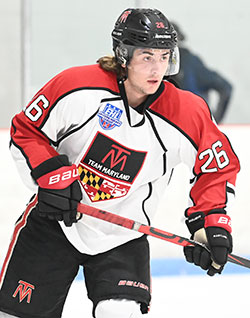 Only two teams in the Central Division played this weekend, while all four teams in the South started their season, and Team Maryland sits at the top with a 3-0-0 start. Maryland played three home games against the Connecticut RoughRiders, starting things off on Friday with a 3-1 win. The next two games were more decisive for Maryland, as they won 9-3 and 8-3 on Saturday and Sunday respectively. Former New Jersey Renegade and second-year Maryland forward Nick Graziano led the pack with seven points (4g, 3a).

The Protec Jr. Ducks marked their second season the same way they did for their first: winning in overtime against New York Apple Core at home. Ryan Brow scored twice for Protec, including the opening goal of the game and the overtime winner. Apple Core returned the favor the following day with a 4-1 win in Brewster Ice Arena, and Jackson Bernard made 39 saves on 40 shots.

Coming off a regular season championship and South Division title, the New Jersey 87’s defeated the Philadelphia Little Flyers 4-1 on Saturday night. Chicago native Devlin O’Kane marked his EHL debut with a pair of goals in the win.

Two teams in the Premier Division are off to a 2-0-0 start; the Vermont Lumberjacks and the New Jersey 87’s. Vermont won a pair of games against the Maine Eclipse, both by scores of 4-2. Nick Purdy is off to a strong start with 3 points (2g, 1a) in his first two games with the team. Eclipse goaltender and Colorado native Connor Haake took the loss on opening day, but still finished with a .926 save percentage by stopping 50 of 54 shots.

Meanwhile the defending EHLP champions started their season with a dramatic come-from-behind 7-6 win over the Philadelphia Little Flyers. The 87’s were down 5-2 in the second period but responded with five unanswered goals, and Dominic Saputelli made 18 saves on 19 shots in a relief appearance. Geoffery Bokor and Patrick Olenski led the comeback effort with two goals each. The following afternoon, the 87’s defeated the Renegades 7-2.

-When asked about rebounding from a tough 20-21 season, Jr. Warriors head coach Ryan McGrath was quick to point out how the EHL goes far beyond wins and losses. “Our number one goal is player development and college placement. In that department we tied for second in the league with 15 NCAA commitments…as well as promoted two players from our EHLP team.”

-Not very often do you see a coaching change after winning a championship, but Conall McNelis is the new head coach of the 87’s Premier team. McNelis previously served as an assistant for Adrian College and Neumann University, and now he starts his new gig with a 2-0-0 record.