A year ago, uncertainty surrounded the Eastern Hockey League at the start of its season; the playoffs were cancelled just months earlier, and nobody was sure if or how the league would manage to navigate through a global pandemic.
One season and a record-shattering 195 NCAA commitments later, the uncertainty is gone and the EHL is ready to follow up one of its best seasons yet with the start of the 2021-2022 campaign.

With a new season comes a few changes; most notably the return of the Showcase Series and the All-Star Series, and with that the ability to play in front of college coaches. The league will also feature four divisions, including the five-team North and East Divisions along with the four-team Central and South Divisions. 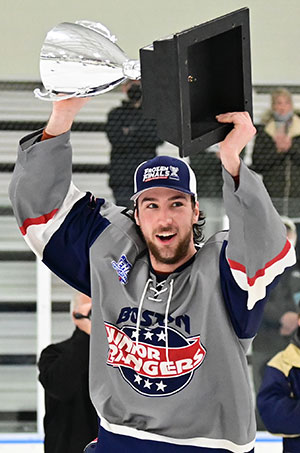 The 2020-2021 regular season champion New Jersey 87’s saw 18 players age out this spring, but many of their reinforcements will come from their EHLP championship-winning team, including the 2021 Prospect of the Year and smooth-skating defenseman Ben Peiffer.

For other teams, a new season comes with a fresh start. The very first game of the season–starting at 11:30 a.m.–will feature the Maine Eclipse and the Valley Jr. Warriors. Both teams will have something to prove after the previous year, as the Jr. Warriors finished last in the Central Division with a 10-26-2 record while the Eclipse were unable to finish their inaugural season. A turnaround for either team could start with an opening-day victory. 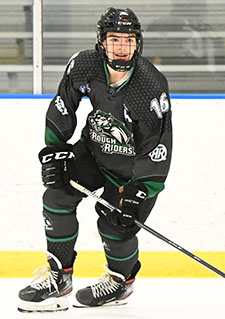 Expect goals to come in bunches for some teams. Of the three players who led the EHL last season with 25 goals, two of them are returning. Colin Bella will play a third season for the Connecticut RoughRiders, and his career total of 91 points (42g, 49a) through 77 games will only increase as he and the team will make noise in the Central Division. 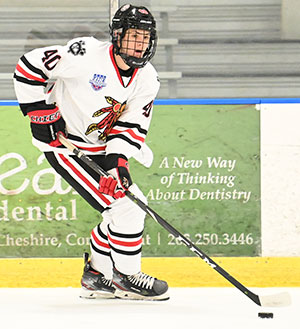 Meanwhile Jason Gordon, who potted 25 goals with the Connecticut Chiefs last season, will play for the New Hampshire Avalanche, a team that will see quite a few players returning. Three of the Avs’ top five point-getters from 2020-2021 are back with Chris Cerrella’s squad as they try to avenge their championship loss to the Jr. Rangers.

There are so many questions that cannot be answered on day one of the season, like which team will surprise everyone, or who will have a breakout season, or how the All-Star team will fare in the College Showcase. But as the offseason comes to an end, it will be exciting to see how the season will unfold with 18 EHL teams and 13 EHLP teams chasing after a Frozen Finals championship. Now, let’s play some hockey!