Anthony DiPaolo
Anthony Di Paolo has been working in various levels of hockey over the last five years, ranging from juniors to the pros. Di Paolo spent four seasons as the Communications Director and play-by-play announcer for the New Jersey Titans of the North American Hockey League (2016-2020), and is entering his fifth season in a similar role with the New Jersey 87’s of the Eastern Hockey League. Graduating from Seton Hall University in 2016 with a bachelor’s degree in journalism, the New Jersey native covered Division I athletics for his school’s radio station, WSOU, and spent two years writing for the Fischler Report, a newsletter run by U.S. Hockey Hall-of-Fame inductee Stan Fischler.

As the Eastern Hockey League gets ready for its next showcase in Walpole, Massachusetts, it only felt like yesterday that teams were competing in the Worcester showcase.

For the two weeks in between, there was plenty of action in the EHL and EHLP, and there were teams who maintained their dominance while others are trying to build up momentum towards the second league-wide event.

The East and South Divisions are shaping up to be the powerhouses within the league, and right now those are led by the Boston Jr. Rangers and Team Maryland respectively. Coming off a 2-1 showcase in Worcester, Boston has extended its winning streak to four games with a 3-1 win over the Vermont Lumberjacks, a 4-3 victory against the Valley Jr. Warriors and a 3-0 win against the Seahawks Hockey Club. Nathan Mueller won two of those games for the Jr. Rangers, and has stopped 72 of the 73 shots he faced in that span.

Team Maryland also won all three of its games between showcases as they lead the league with nine wins and 18 points in the standings. They swept the Protec Jr. Ducks with 4-1 and 4-2 victories, then staved off a third-period comeback from the Philadelphia Little Flyers with a 5-4 overtime win. Farrell Dinn, who scored the overtime goal, continues to shine with 11 points (7g, 4a) in his first six games with the team.
The Walpole Express and East Coast Wizards will also head into the second showcase with some momentum. Walpole picked up points in all three of its games with a 3-2 overtime win against the New Hampshire Avalanche, a 7-1 win over the New England Wolves and a 4-3 shootout loss to the Railers Jr. Hockey Club. The Wizards bounced back after a loss to the Seacoast Spartans with a 7-1 win against the Connecticut Chiefs and a 5-4 victory over the Wolves.
In the South Division, the New Jersey 87’s are looking to catch up with Maryland. They split a home-and-home with New York Apple Core by losing the first game and winning the second game. They picked up another victory by shutting out the Protec Jr. Ducks 3-0, with Carmine Andranovich picking up his first EHL shutout.
Up in the North Division, the Avalanche and Spartans picked up momentum by winning two games each. New Hampshire defeated the Seahawks 4-1 and then beat the Jr. Warriors with a 4-3 shootout win. Seacoast, meanwhile, picked up 10 goals in their last two games with 5-2 and 5-3 wins over the Wizards and Jr. Warriors respectively. Spartans forward Thomas McGaffigan had two goals and two assists over those two games.
In the EHLP, most of the action is in the East Division, and the Railers Jr. Hockey Club is off to a 5-0-0 start. After winning three straight in the showcase, they defeated the Seahawks Hockey Club 5-0 as Jackson Duquette recorded two goals plus an assist. Despite the perfect start, they still sit third in the division behind the Seahawks (6-3-1) and the Jr. Warriors (6-2-0).
The Avalanche and 87’s lead the North and South Divisions respectively. New Hampshire defeated the Chiefs and Seahawks 5-4 and 5-3 respectively before falling to the Jr. Warriors 4-3 in overtime. New Jersey played one game between showcases, and it was a 7-4 win over the Philadelphia Little Flyers.
Preview to Walpole

The Walpole Showcase, the second leg of the 2021-2022 EHL Showcase Series, will take place at Rodman Arena with games spanning from Saturday Oct 16 to Monday Oct 18. A total of 28 games will take place between the EHL and EHLP, and each day will feature several great matchups.

On Saturday, the first-place New Hampshire Avalanche will go up against the East Coast Wizards in a North vs. East matchup, with both teams riding a two-game winning streak. Later that day, the reigning regular season champion 87’s will face the Walpole Express, who sit atop of the power rankings heading into the showcase.

The following day will feature arguably the two hottest teams in the league, a game between the Boston Jr. Rangers and Team Maryland. While the Jr. Rangers are stacked between the pipes with Chris Jackson and Nathan Mueller, Maryland has 53 goals through 11 games led by the likes of Farrell Dinn, Nick Graziano and Will Rosen.
Monday will feature a second rematch of the 2021 Frozen Final between the Avalanche and Jr. Rangers, as both teams lead the North and East Divisions respectively.
Another fun matchup that day should be the East Coast Wizards and New York Apple Core. The Wizards, who has established themselves as a strong defensive team, now has 12 goals in their last two games. Combine that with a high-octane Apple Core offense led by Colin Callanan and Colby Walters and it could be an absolute shootout in Walpole.
On the EHLP side, 12 games will take place between Saturday and Sunday, and the first day will feature a Frozen Finals round robin rematch between the New Jersey 87’s and Vermont Lumberjacks. The Railers will also look to make their record 6-0 by going up against the Boston Jr. Rangers.
Speaking of New Jersey, their doubleheader on Sunday will prove to be a gauntlet by facing the top two teams in the East Division with little rest. At 8 a.m. they go up against the second-place Valley Jr. Warriors, followed by a matchup against the first-place Seahawks.

Rodman Arena sits on Route US-1 and is only a two-mile drive from Gillette Stadium in Foxborough. The Patriots have a home game on Sunday at 4:25 p.m., so expect high traffic at that time and plan accordingly for those attending the showcase.
Share
Facebook
Twitter
Linkedin
Email
Print
Previous articleEastern Hockey League: A Review Of The Recent Worcester Showcase Which Featured 44 Games
Next article2021-2022 Mass. High School Hockey: MSHCA Announces Garrett Reagan Summit Schedule
- Sponsor - 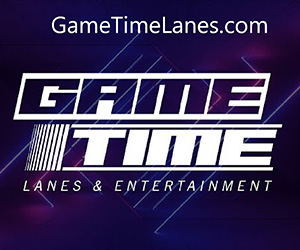