Hockey Night in Boston recaps Week 3 for another edition of Keeping Up with Kyle.

The first-place New Jersey 87’s not only improved to 6-0-0 on the year, but also defeated the Philadelphia Little Flyers in back-to-back contests during Week 3. 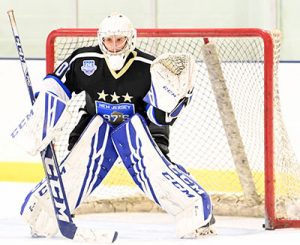 Goaltender Jon Kopack and the 87’s began the week with a 4-0 shutout victory over Philadelphia. The win marked the squad’s first shutout for the 2020-21 campaign, which witnessed Kopack record 25 saves on the day.

Youngster Nick Swain led New Jersey with a four-point effort (2g-2a), and Kei Yasuda extended his points-streak to five games after netting one goal and chipping in three helpers. Two days later, it seemed that the first-place MAC squad was on the verge of blanking the City of Brotherly Love, again. New Jersey netted three first-period goals vs. the Little Flyers in large thanks to Cal Couell, Yasuda and Swain who all tallied goals in the frame.

Yet, Philadelphia and its power play struck back and converted twice in the second frame, which established a momentum swing for the Flyers entering the third period. The 87’s masked man in Jeremy Connor shut the door on the Flyers and displayed several key plus timely saves. The 19-year-old and former EHLP product recorded 20 saves on 22 shots and earned his first career EHL win. New Jersey later scored an empty-net goal to seal the deal on a 4-2 win. The victory also marked New Jersey’s third win against the Little Flyers this season.

Let’s not forget that the Connecticut RoughRiders also skated in two games during Week 3. After collecting its first win during Week 2, Connecticut suffered an 8-4 loss to conference rivals in the Protec Ducks. The Ducks served Connecticut its third regulation loss, after the Orange and Black managed to net four goals during the second period in addition to another three in the game’s final frame. Nick Newman inked his name onto the score sheet with two goals, while Brody Seiman and Jordan Guigui both posted one goal and two helpers for three-point efforts. 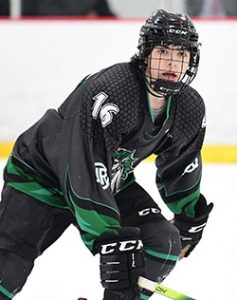 Though, the Ducks were outshot 55-27. Connecticut bumped into hot goaltender – Dylan Knighton who turned away 51 of 55 RoughRider shots on goal.

The EHL’s rising star in Tyler Buonopane and his RoughRiders returned to their winning ways when the RoughRiders defeated New York Apple Core, 9-6. Of course, Buonopane was no stranger to the score sheet. He tallied one goal and chipped in two helpers and Buonopane now leads the league with 19 points (8g-11a) on the year.

The RoughRiders are 3-3-1 and sit in the middle of the pack for the conference, but are owners of a minus-eight goal differential after allowing 40 tallies in seven games, thus far.

Heading north, it was the expansion Maine Eclipse that stole headlines in Week 3 for the NEC. Maine earned its first victory in team history when the Eclipse stunned the first-place Seacoast Spartans. After dropping to 0-3-1 to kick off the year, the Eclipse took down Seacoast with an impressive 4-1 victory. 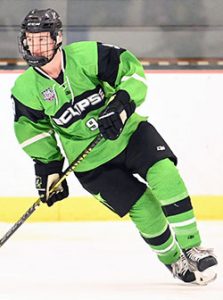 The Eclipse sent Seacoast the message early on, after the expansion squad netted three first-period goals. Justin Gusso, Mattingly Wierl and Justin Turse all found the back of the net for Maine, but the team’s goaltender was arguably the game’s first star. Maine’s Nikita Pryymak finished the contest with 48 saves while 41 of those stops were turned away during the first-two periods of play – impressive, no? The memorable victory also marked Pryymak’s first career EHL win.

Prior to the loss, Seacoast did collect two points in the standings and in dramatic fashion. The Spartans skated to a 1-0 shootout victory over the Walpole Express. Both goaltenders in Walpole’s Eric Buchholz and Seacoast’s Rhett Wesolek were efficient throughout the contest, but it was the Spartans’ Michael O’Brien who was credited with the shootout winner. 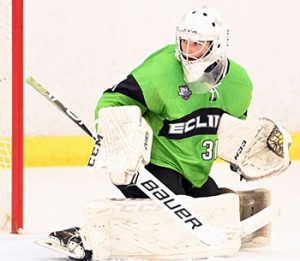 The Spartans sit atop of the NEC standings with a 4-1-1 record and are currently led by Bjorn Schuepbach (3g-4a).

There is no arguing that the New Hampshire Avalanche were eager to get back in the win column after losing their first game to kick off October’s schedule. New Hampshire fell to the Valley Jr. Warriors, 3-2, but answered back with a 4-1 win over a NEC rival. Artem Mateichenko (2g-5a) and the Avs defeated the Seahawks Hockey Club 4-1 in their last contest and enter Week 5 outscoring opponents 21-9. It’s no secret that New Hampshire entails depth at all areas on the ice, either.

Don’t believe us? Just check the scoresheet from the team’s win over the Seahawks. Four different skaters found the back of the net while 10 Avs recorded a point overall against their conference foes. Between the pipes, George McMichael has carried the torch for New Hampshire. No. 31 has earned three wins on the year and his 1.50 goals-against-average in addition to his .945 save% shouldn’t go overlooked. Keep in mind that opponents have only netted more than two goals once against the Avalanche this season.

The New Jersey 87’s and Philadelphia Little Flyers not only squared off at the EHL level for two contests, but each made headlines in the EHLP. The two organizations kicked off Week 3 at IceWorks Skating Complex in the City of Brotherly Love, yet it was the Garden State that walked away victorious. The 87’s netted six goals in the contest for the win (6-3) on Saturday, but ironically enough – it was the Flyers who responded with a six-spot one game later.

Philadelphia responded with a 6-4 victory, and keep in mind the youngsters have netted three or more goals in all four contests this season.

New Hampshire’s EHLP squad did not miss a beat, either. The Avs earned two wins in Week 4 and outscored opponents 11-6. Graham Hassan and company first took down the Valley Jr. Warriors, 6-2, on Saturday, and then later defeated the Boston Jr. Rangers by a 5-4 final on Sunday. New Hampshire enters Week 5, well, with a 5-0-0 record and a power play that has executed at above 30%.

That power-play % is above average, for the record.

If there was one team that was busy over the Holiday weekend for the EHLP…it was the Connecticut Chiefs. Connecticut and leading goal-scorer Scott Bradley skated in three contests, while collecting two victories. Did we mention Connecticut experienced a double-header on Monday against the New Jersey Renegades?

After taking down the Worcester Jr. Railers on Sunday, 3-2, the Chiefs followed up their second win on the season with a 2-0 shutout victory against New Jersey on Monday morning. That win also meant that Chiefs’ masked man Alex Herman earned the EHLP’s Top Performing Goaltender of the Week. The 19-year-old recorded his first victory on the year, and in just two games, Herman has turned away over 60 shots.

Believe it or not, but the resilient Renegades replicated a shutout against Connecticut just hours later. New Jersey’s Joey Jamison earned his third win on the year and stopped all 26 Chiefs’ shots, which also improved his save% to .941 for 2020-21.