Greetings from West Chester, PA, – just outside of Philadelphia.

The moment we’ve all been waiting for arrived and let’s preview all four teams. 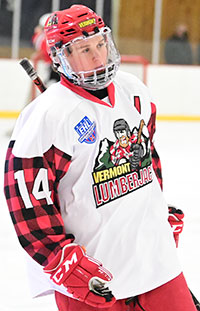 The Lumberjacks were arguably this year’s Cinderella story for the league’s recent version of March Madness. Head coach Jim Mosso and company swept the New England Wolves in Round 2 and then took down the Seacoast Spartans in the North Division Final.

The Lumberjacks face-off with the Boston Jr. Rangers for a 4:30 p.m. puck drop on Wednesday, which also marks the first time this season the two foes meet. Jimmy and the ‘Jacks offense surely wasn’t frozen this postseason, either. The Lumberjacks enter the finals leading all four teams with 23 goals-for and join both the Jr. Rangers and 87’s with 4-0 records this postseason. 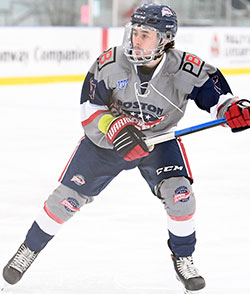 After sweeping the Walpole Express in the Central Division Final, the Jr. Rangers aim for their first-ever EHL championship. Boston enters the Frozen Finals with the best goal-differential for the postseason (+12) and having allowed the fewest number of goals (6) for the 2020-21 EHL playoffs.

The red, white and blue are led by forward Connor Bizal, who netted two goals and chipped in three helpers for five points in four post-season games. Let’s not forget the Jr. Rangers’ x-factor in Johnny Malandruccolo, who also recorded five points this postseason (1g-4a).

Yet, between the pipes, it’s been Nathan Mueller standing tall. The Rogers, MN native has turned away 91 of 97 total shots in four contests, while posting a 1.60 goals-against-average (GAA). 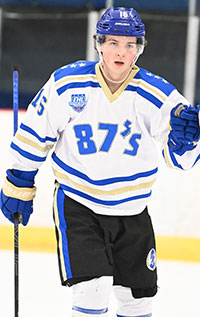 The EHL’s regular-season champions advanced to the finals after sweeping both Team Maryland and Philadelphia Little Flyers. There is no question that head coach Adam Houli and company are ready to tackle teams from the north and finish the job – but only time will tell.

New Jersey is set for a 7:15 p.m. puck drop on Wednesday and hits the ice against the defending EHL champions in the Avs. The contest marks New Jersey’s first appearance at the league’s Frozen Finals and the Garden State received depth scoring on both the offensive and defensive side of the puck throughout the postseason.

While forward Dante Terramani leads the 87’s with seven points (3g-4a), skaters Matthew Bielinski (1g-4a—5PTS) and Dylan Gutierrez (1g-3a—4PTS) also weren’t strangers to the scoresheet. Perhaps the backend for the gold and blue is the difference maker at the finals, or is it between the pipes?

Yet, let’s not forget about the EHL’s leading goal-scorer from this season in Kei Yasuda. Yes, teams will target and attempt to take away No. 9’s time and space – but the Japan native knows a thing or two about performing and experiencing the big stage. 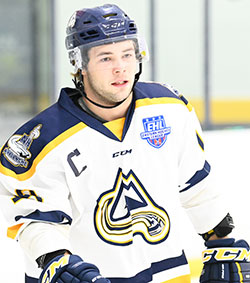 Let’s get the elephant out of the room…

Yes, the Avalanche were swept by the Spartans and eliminated from playoff contention in Round 2, but the reality is – New Hampshire still alive. It’s arguably a whole new season for head coach Chris Cerrella and his Avs down south in Philadelphia.

This hockey enthusiast said endlessly throughout the 2020-21 campaign – ‘expect the unexpected’ – just ask the ECrew.

The Avalanche earned the league’s “at-large bid” after winning the North Division for the regular season and are the lone Frozen Finals team that enters the event not having won a game for the postseason. Captain Chris Aarons and his Avs featured depth scoring and a defensive-styled game all season in addition to their biggest strength in net – why count them out? Keep in mind that Aarons is a two-time champion with New Hampshire and, well, exposure and experience are of the essence at this time of the year.

The old saying that “defense wins championships” could portray itself again in front of the EHL family at Ice Line. It’s possible that a goaltender can carry teams in the postseason and look no further than George McMichael for the Avs. The Goldens Bridge, NY native not only posted 16 wins this season, but recorded a .930 save % and three shutouts on the year.

Either way, See you at Ice line…