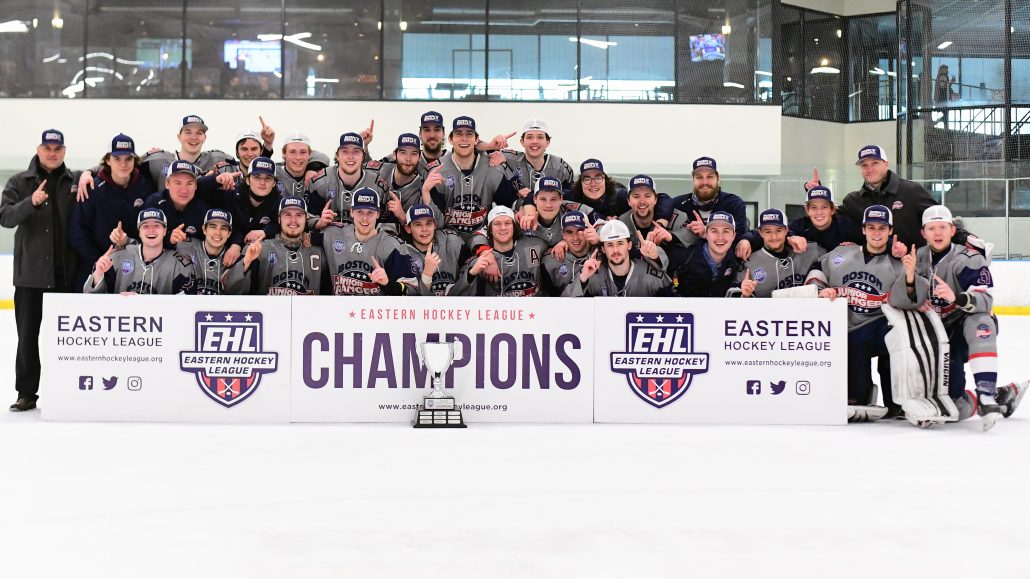 How We Got There

After the Avs established an offensive presence and applied pressure in Boston’s end during the first period, a shot from the point was deflected in by Avalanche forward Andrew Clifford at the 11:29 mark. While New Hampshire goaltender George McMichael was stellar between the pipes, team captain Chris Aarons helped the Avs earn another tally.

The Clifton Park, NY native skated into the Jr. Rangers zone on the near-side boards and threw a puck towards the direction of Boston’s net which was then deflected in by Sami Hakkarainen. For Hakkarainen, it marked his 10th point of the postseason (4g-6a). 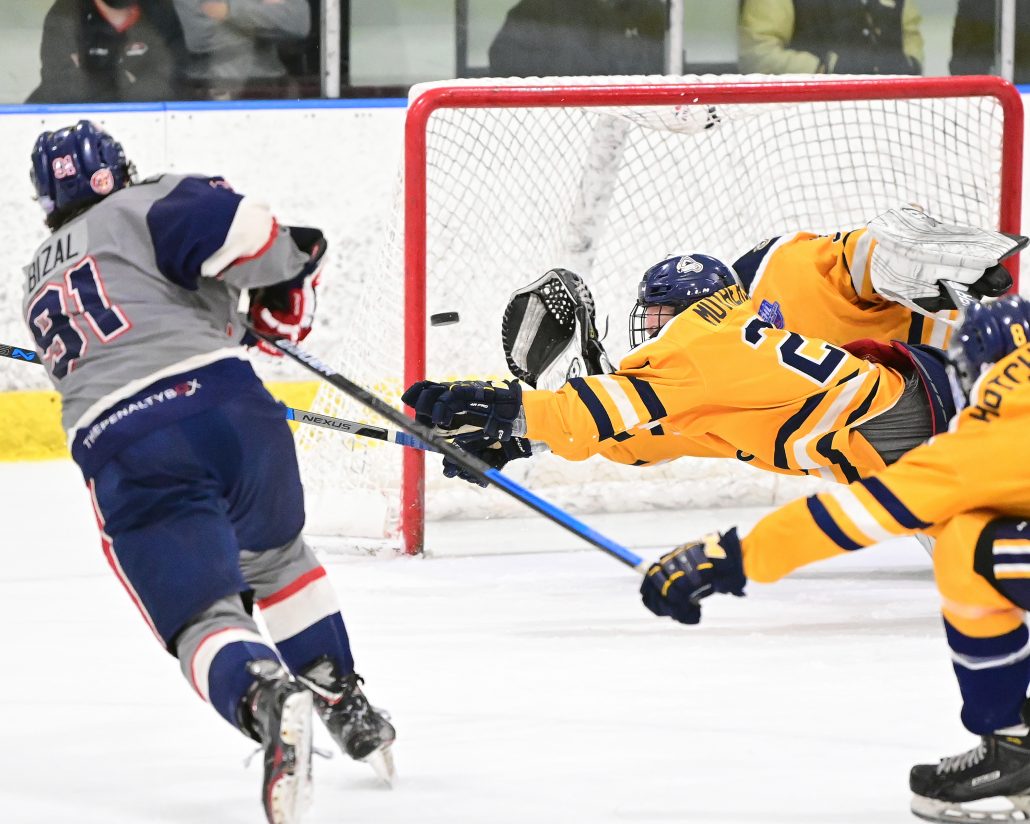 Connor Bizal of the Boston Jr. Rangers fires home the tying goal in the third period of EHL final against the NH Avalanche. Jr Rangers went on to clinch title with a 3-2 OT win. (Photo by Dan Hickling)

Boston’s Nathan Young scored on the power play after he took a shot from the point while the Jr. Rangers screened McMichael at the 12:00 mark of the period. Less than eight minutes later, team captain Connor Bizal also netted a power-play goal after receiving a cross-ice pass just in side the left hash mark.

At first, it seemed that  the Avs might take home a third consecutive championship – but Boston goaltender Nathan Mueller had other ideas. The masked man recorded a few key saves after New Hampshire controlled most of the play for the first half of the 20:00 overtime frame.

With 7:00 left in overtime, Jr. Rangers forward Johnny Malandruccolo beat McMichael five-hole on a breakaway. Malandruccolo received a stretch pass at the opposing blue line and the rest was history.

The title marks the Jr. Rangers first-ever EHL championship, and second occasion that the final was decided in overtime. Additionally, Bizal was awarded the Frozen Finals Most Valuable Player.

Follow the EHL on social and tune in to the EHL & EHLP postgame press conferences, which can be viewed on YouTube. 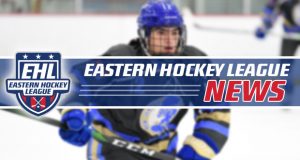