Not much change in this week’s HNIB News Connecticut Division 1 Top 10. The first six spots remain the same as they were last week.

#1 Ridgefield (10-0-0) had just one game, and it was a solid 6-1 win over #4 New Canaan. The Tigers have just one game this week as well, skating against slumping Greenwich on Friday. 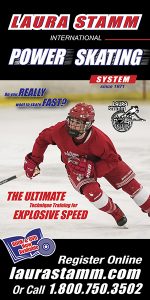 When #2 Northwest Catholic (8-0-1) takes on South Windsor Saturday, it will be its first game in 10 days. The Lions also dispatched Greenwich (7-0) in their only action of the week.

#4 New Canaan (6-5-0) split its pair of games, blanking Fairfield Monday after the loss to Ridgefield. Trinity Catholic is next on the schedule.

Notre Dame of West Haven (5-5-1) is now #9 and Greenwich (3-5-2) holds on to the #10 spot. The Green Knights are off until January 30 when they face Greenwich. The Cardinals get Trinity Catholic after seeing Ridgefield.